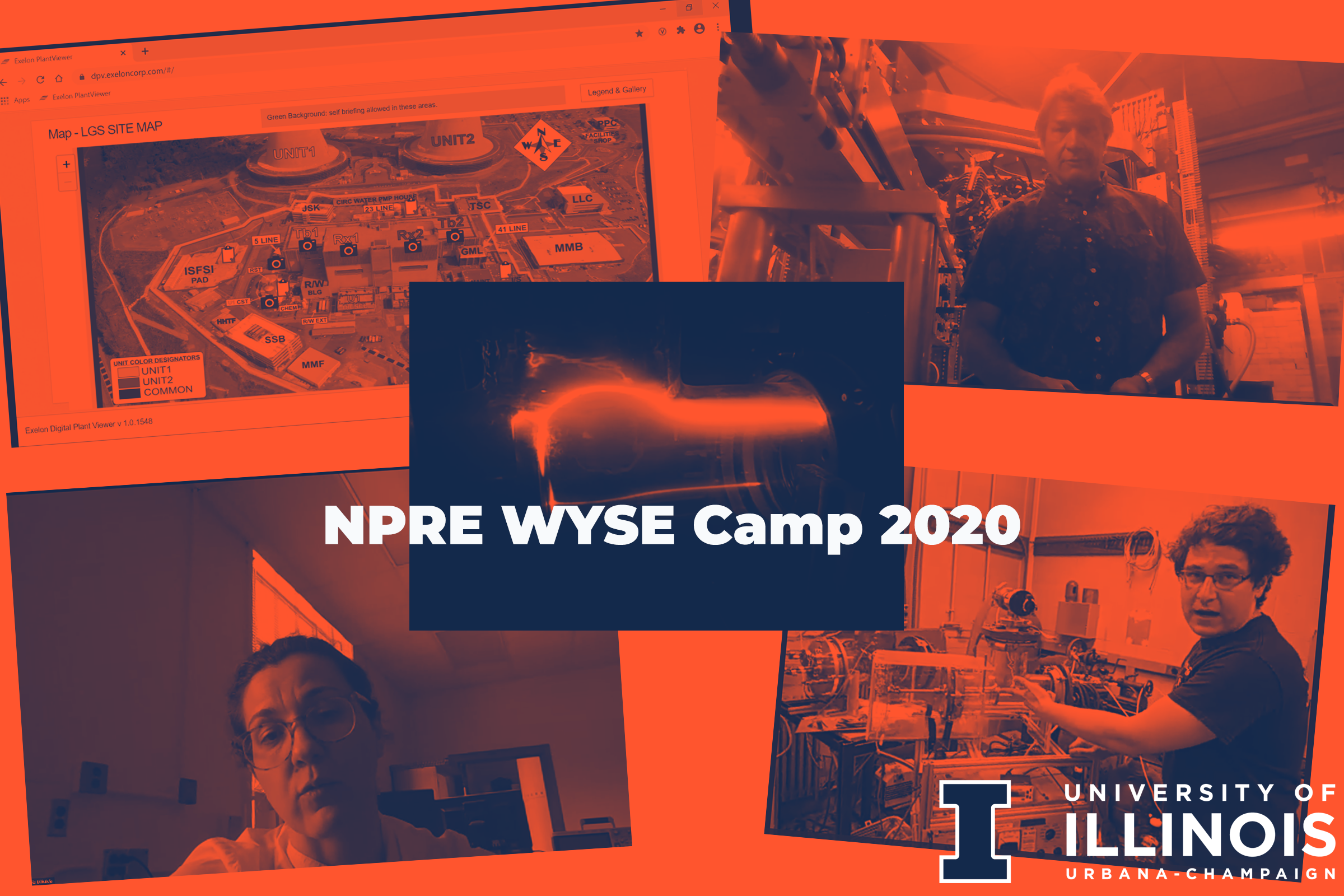 Summer camp in the time of COVID: NPRE does "What It Takes"

Summertime is camp time. For kids of all ages, camps are designed to be fun and educational, lessons intertwined with excitement and wonder. That’s no different on the University of Illinois campus, and in NPRE, in particular.

Every summer, NPRE participates in the Grainger College of Engineering’s Worldwide Youth in Science and Engineering (WYSE) high school camps, weeklong on-campus residential camps that bring over a hundred students together to explore Grainger Engineering. This is the third year that NPRE has hosted its department-specific camp, Explore NPRE, which hosts around 25 high school students who join NPRE for a week of activities culminating in a visit to the Exelon power station in Clinton, Ill.

Of course, this year has been different. The COVID-19 pandemic made it impossible for students to attend camps in person, so departments had to get creative.

“I had prospective campers contact me who had applied to our camp and were really disappointed about not being able to come,” Becky Meline, NPRE’s Coordinator of Academic Programs, said. “To the College’s credit, they pivoted very quickly and worked with departments on developing virtual camp offerings.”

“I am really, really impressed with Lara Hebert, the College’s outreach coordinator, and her team, as well as with my peers in other engineering departments who worked hard to make this happen in a very short time-frame.  We really didn’t want the high school students missing out on the opportunity.”

“Becky had brought up the idea to me (to work at the camp) in previous years, but I was never able to participate due to internships out of town,” Luo said. “When they told me WYSE camp would be virtual this year, I was thrilled to be a part of it.”

“I got involved with the summer camp a few years ago through my involvement in the American Nuclear Society,” Mettler said. “I helped with the Engineering Open House booth and in the process learned how to operate some of the plasma demos that we show on tours of CPMI (Center for Plasma-Material Interactions) for the camp. I assisted with the demos and eventually started giving the tours and occasionally lectures for the camp. I’ve been participating every year since.”

The virtual camp, named “What It Takes,” was split into a two-week format. Week 1 involved at-home Engineering Exploration.  The College and departments worked fervently to make up kits to send to campers’ homes with everything that they would need to do the activities. NPRE  offered a recorded version of Professor David Ruzic’s very popular Dispelling the Myths of Nuclear Power talk. As well, the department made available videos of current NPRE students talking about their internship and research experiences and alumni on how NPRE prepared them for their careers.

“We sent everything they needed to build a simple ‘pith-ball’ electroscope to detect static electricity and understand how this extends to applications such as detecting x-rays, cosmic rays, and radiation from radioactive material,” Meline said.

Students were also directed to Gamma Gear, a video game that allows players to learn about the fundamental concepts of radiation, decay, and radiation protection.

“Normally, we like to be as hands on as possible for the camp to give campers a feel for what it is like to do research with plasmas,” Mettler said. “Unfortunately, with the online format, this was much more difficult, but we did our best to include just as many demonstrations and plenty of time for Q and A.”

The presentation ended with a live demonstration of using a detector to measure radiation from different types of radioactive sources.  From the Talbot Nuclear Measurements and Neutron Metrology Laboratory, students then virtually skipped across the Bardeen Engineering Quad to the Center for Plasma-Material Interactions, where they learned about plasmas, the fourth state of matter.

Students saw live demos of plasmas created in a vacuum chamber as well as plasmas made at atmospheric pressure.  They got to see HIDRA, the Hybrid Illinois Device for Research and Applications, our toroidal plasma device used for research in making fusion a viable energy source of the future.  Both undergraduate and graduate students took time to show their research that they carry out at CPMI.

At the end of each weeklong session, campers were given a virtual tour of the Exelon Limerick Generating Station in Pottstown, Pa., led by Exelon engineers and joined by current NPRE students who are interning this summer with Exelon. 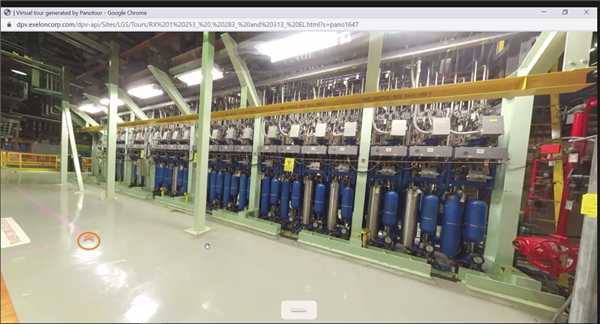 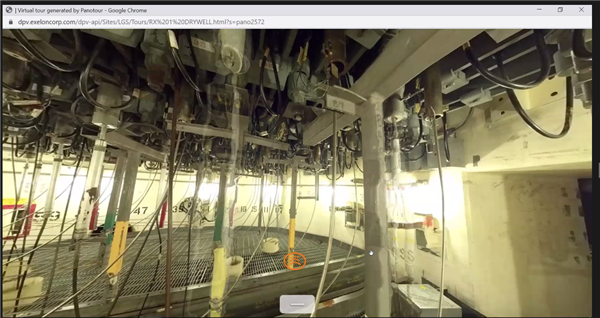 The company also contributed scholarships for Chicago-area youth to attend the camp for free, and Senior Vice President of Engineering and Technical Support, Scot Greenlee, met with campers to discuss internships and future employment possibilities available through Exelon.

“Normally in our Explore NPRE camp, we would take a physical field trip to the Clinton Generating Station, so we were very pleased when Exelon stepped up and offered a virtual version so that this year’s campers would not miss out on the experience of seeing the inside of an operating commercial power plant,” Meline said. “As always, the department is extremely grateful for our strong Exelon connection, which contributed to the campers’ experiences.”

Though the camp was virtual this summer, there was normalcy in the knowledge that was gained, the learning that took place, and the scrambling of Grainger College of Engineering and NPRE officials and students to make sure the camp still happened in the time of COVID-19.

“Although we naturally would have preferred a non-COVID experience with students physically in the labs and at the Clinton station, I see that what we went through in developing a virtual version has benefits.” Meline said. “I can see a virtual camp being a possible continuing option for connecting with students unable to physically come to campus.”

The rewards of the experience are being reaped now and hopefully in the future.

“The most rewarding part for me has been to see students so inspired by their camp experience that they decide to attend UIUC NPRE for undergrad,” Mettler said. “It’s great seeing campers come back as students to learn more. The camp provides an opportunity to introduce students to nuclear science for the first time, exposing them to an interesting field of science they may otherwise have missed out on.”

“For me, the most rewarding part of this experience was knowing that I was helping make this camp a possibility for students,” Luo said. “Many students have lost a lot of opportunities and experiences due to the pandemic, so it was great to see how eager campers were to come each day to learn, participate, ask questions, and truly make the most of it…That sense of adaptability, collaboration, and openness to search for new/alternative opportunities during tough times is something I hope to be able to continually draw upon in my life and career.”