View the history of nuclear technology in Illinois and our future milestones for the project.

Enrico Fermi, the Italian-born Nobel Prize-winning physicist, directs and controls the first nuclear chain reaction in his laboratory beneath the bleachers of Stagg Field at the University of Chicago, ushering in the nuclear age. Upon successful completion of the experiment, a coded message was transmitted to President Roosevelt: “The Italian navigator has landed in the new world.” (History.com) 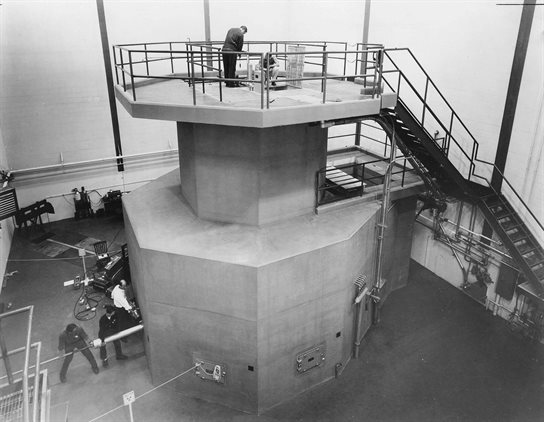 TRIGA, officially known as the University of Illinois Advanced Teaching Research Isotope General Atomic (TRIGA Mark II) Reactor,  went critical on August 16, 1960. The reactor was extremely popular, being used primarily for the training of students in nuclear engineering, but also as an interdisciplinary facility, with the Departments of Chemistry and Chemical Engineering, Physiology and Biophysics, Physics and various other engineering departments all competing for time with the facility. 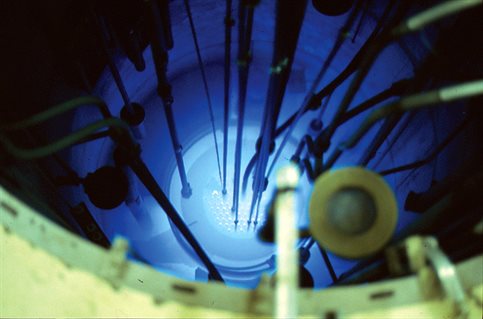 The dismantlement of the remaining portions of the reactor and Nuclear Reactor Building on the Urbana campus were completed in 2012. 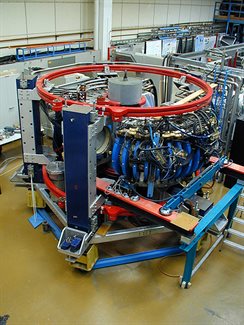 HIDRA (Hybrid Illinois Device for Research and Applications), the multi-million dollar plasma/fusion advanced physics testing facility, arrives on the UIUC campus. With HIDRA, the University joins a short list of universities worldwide that have an operating fusion device on its campus. 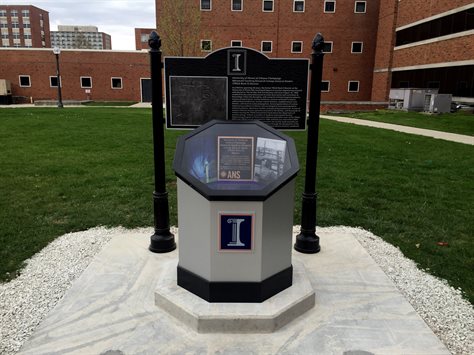 The former TRIGA reactor at the University of Illinois at Urbana-Champaign was designated as a National Historic Landmark by the American Nuclear Society. It was cited for “educating students in reactor operations,” and for “groundbreaking research in the areas of fission fragment physics, nuclear pumped lasers, nuclear batteries, neutron activation analysis, radioisotope production, nuclear reactor kinetics, coupled core kinetics, and neutron pulse propagation.”

In September 2020, the micro-reactor team hosted a Reddit AMA to field questions from people interested in the project. You can read the full archived AMA here.

University hosts forum to discuss the role of nuclear on campus

Letter of Intent to NRC

UIUC submitted a letter of intent to the NRC to apply for a license to construct a research and test reactor facility on the UIUC campus, the first step in the NRC’s two-step license process.

UIUC completes a Formal Memorandum of Understanding with USNC

In December 2021, UIUC submitted a Regulatory Engagement Plan to the U.S. NRC, as the next part of the licensing process.

In June 2022, AECOM began work with UIUC to assemble the first draft EIS for submission to the NRC.

In late June 2022, the University of Illinois submitted a white paper to the NRC outlining the project team's request to follow the 104(c) Licensing Pathway for Research and Test Reactors.

Encounter issues with the website or not finding the information you're looking for?

Contact us with the issue and we'll help resolve it as quickly as possible.