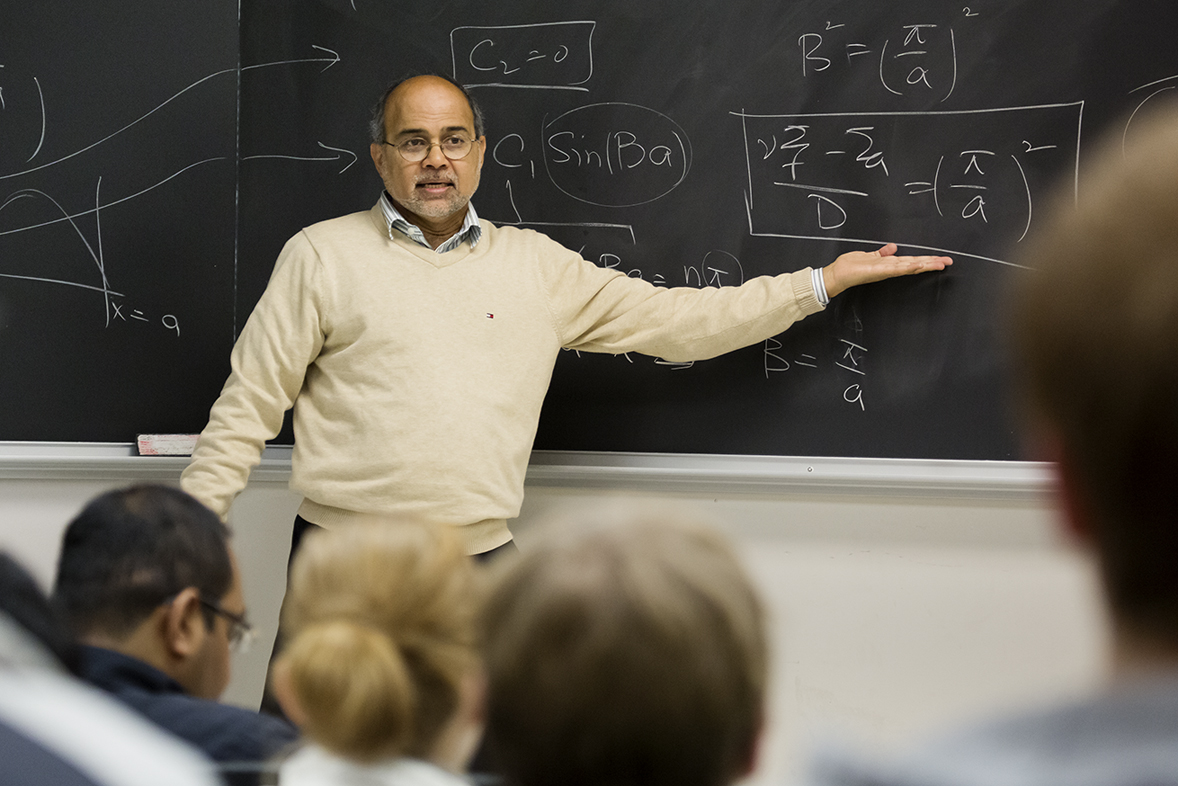 The American Nuclear Society has recognized Rizwan Uddin, professor of Nuclear, Plasma, and Radiological Engineering, with the 2016 Arthur Holly Compton Award for his excellence and innovation in teaching.

Through a unique teaching style that emphasizes student learning and involvement in the classroom, Uddin has made a tremendous impact on the evolution of the learning process through interactive and innovative techniques, according to NPRE Department Head Jim Stubbins.

In addition, Uddin has elevated NPRE’s instructional and learning activities and standards at both the graduate and undergraduate levels.

He has major responsibilities for initial interaction with NPRE’s incoming freshmen, and in teaching/co-teaching their introductory class, NPRE 100. His ability to engage them in both classroom and laboratory experiences has enhanced their interest in nuclear engineering, and has resulted in increased enrollment for the department.

Uddin has helped introduce non-traditional student engagement activities with international locations in Italy and Jordan, and has encouraged exchanges of undergraduate student learning between those countries and Illinois. He has also introduced undergraduate research opportunities through his own research program.

Uddin is an excellent mentor for graduate students. Several of his advisees have received the ANS Mark Mills Award, made to a student author submitting the best original technical paper that contributes to the advancement of science and engineering related to the atomic nucleus. Uddin won the award himself in 1987.

An ANS Fellow, Uddin has been included on the List of Teachers Ranked Excellent every year since he began at Illinois in 1996. He has been chosen as the NPRE Teacher of the Year a dozen times, including in 2016. He also received the 2015 American Society of Engineering Education Nuclear Division Glenn Murphy Award, honoring “a distinguished engineering educator.”