Sankaran settling in at MRL with "so many resources" 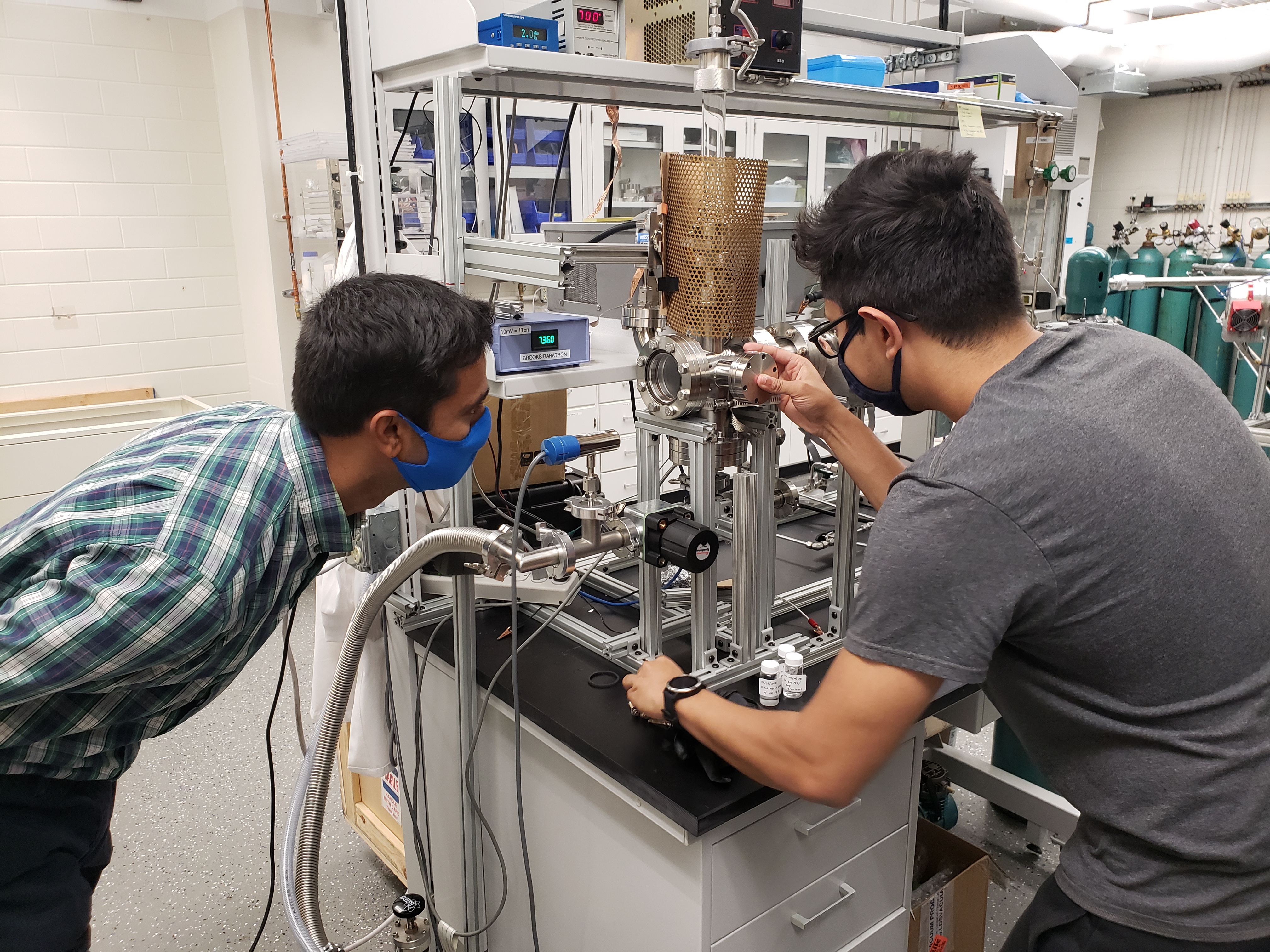 At this time last year, Professor Mohan Sankaran was still in the beginning of his acclimation period in NPRE. While he admits he’s still adjusting to life in Champaign-Urbana, that adjustment now includes new lab space in the Materials Research Laboratory.

“My goal in coming here was, number one, to come to a department that was much more focused on plasma,” Sankaran said. “I came from a department in chemical engineering (at Case Western Reserve University in Cleveland, Ohio) where I was the only one working on plasmas. Even beyond that, there was no plasma department on campus.”

IGNIS is able to expose surfaces to a collection of energetic particles under high-pressure and high-temperature environmental conditions during surface analysis measurements. The device allows x-ray photoelectron spectroscopy, ion-scattering spectroscopy, and Raman spectroscopy in a single chamber.

Sankaran says that IGNIS is a smaller-scale machine than HIDRA “that can take a surface and can expose it to the type of species that you would find in a fusion reactor and do it in a separate, controlled environment. It also has something unique on it, which is this tool which can analyze the chemical composition of a surface as it’s being treated.”

His research group makes their own materials for different technologies. “We grow thin films for electronic application,” Sankaran said. “We also make materials that can be used as a catalyst, that can be used in an energy device. A lot of the materials are relatively new.

Though the pandemic has made meeting people and getting access to everything in person a difficulty, Sankaran says he is happy with the inroads he has made so far.

“Coming here, I’m surrounded by so many people who work on plasmas, and it’s not just in our department,” he said. “It’s across campus. They’re not doing exactly what I do, which is nice. Their work complements mine…Illinois overall has so many resources. Being here in MRL, there are lots of facilities and resources to do my research. There’s no doubt I’m getting access to lots of different things.”