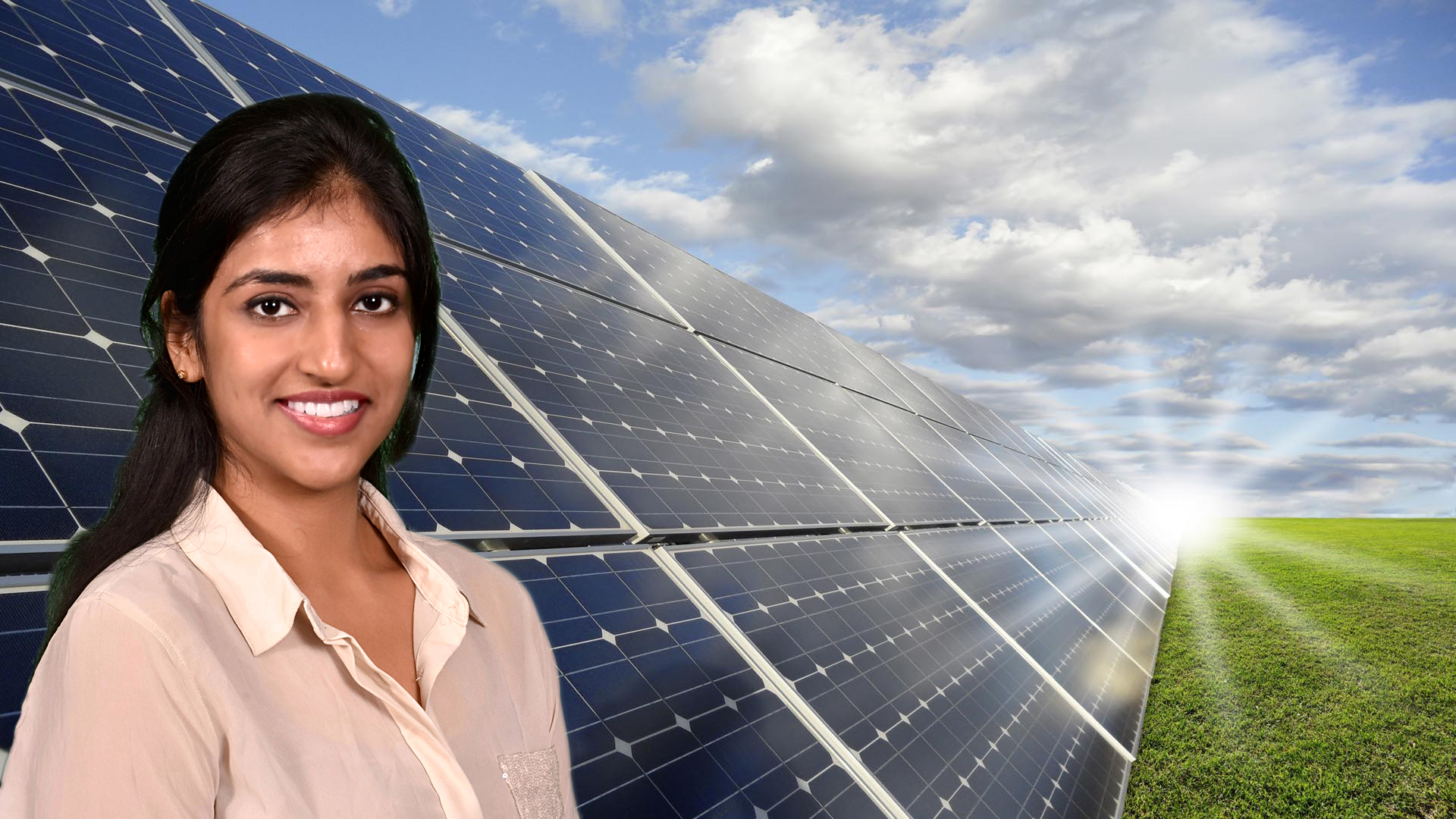 Just a month after earning her master’s of engineering in Energy Systems, Rashi Singh was selected among presenters for the 2017 Congress of the Institute of Sustainability, Energy, and Environment at the University of Illinois at Urbana-Champaign.

The 2017 iSEE Congress, held in September, assembled leading national and international scientists from various disciplines to advance understanding on the impacts of climate change on the agricultural sector, on ecosystem services, and on human livelihoods and wellbeing, particularly among the most vulnerable sections of society.

Singh presented “Solar DC microgrid models for rural communities,” a study and analysis of the techno-environmental models of distributed DC-solar microgrids and centralized solar PV farms to determine their feasibility in the rural communities of Uttar Pradesh, India. “iSEE is a prestigious conference and as a Clean energy enthusiast, my vision aligns with that of the conference,” Singh said. “I attended this conference last year when I joined (Energy Systems) at UIUC and was very moved by the presenters and the research going on to help fight climate change.”

Singh grew up with first-hand knowledge of limited energy resources. “I have spent my childhood in the most remote and isolated regions of India with the toughest terrains, as my father’s job demanded so,” she said. “Difficult terrains made electrification an arduous task in these regions and I spent most of my time in the absence of electricity. From not being able to watch TV to resorting to other means of energy for light during night to study, was routine.

“As soon as I finished my Bachelor’s (electrical and electronics engineering, SRM University, Chennai, India, May 2016), I started looking for programs that offered something that has always been a motivation in my life, which is to work towards making clean energy accessible to everybody at affordable prices,” Singh continued. “The flexibility and the range of courses (in Energy Systems at Illinois) and the interdisciplinary aspect of the program immediately appealed to me, plus the chance of studying in one of the top five engineering colleges in the U.S. These were the factors that influenced my decision to pursue an M.Eng in Energy Systems.”

She considered other programs before deciding upon Illinois. “I got admits from TUM (Munich, Germany), the University of Southern California and the University of Michigan, Ann Arbor, in similar programs. UIUC had some really interesting research going on and the fact that it had one of the best engineering colleges made me choose Illinois.

“I have learned some great skills and have been really inspired by the professors and students I have taken courses with,” Singh concluded. “I plan on working and exploring the Energy industry for a while, to see what are the real problems in the real world. My eventual goal is to set up a social enterprise, based on energy, that can help the people who are still living with no or scarce electricity/energy in a way that can empower them and help them develop. Also, I want to contribute in whatever way I can to promote cleaner, more efficient energy for sustainable development.”