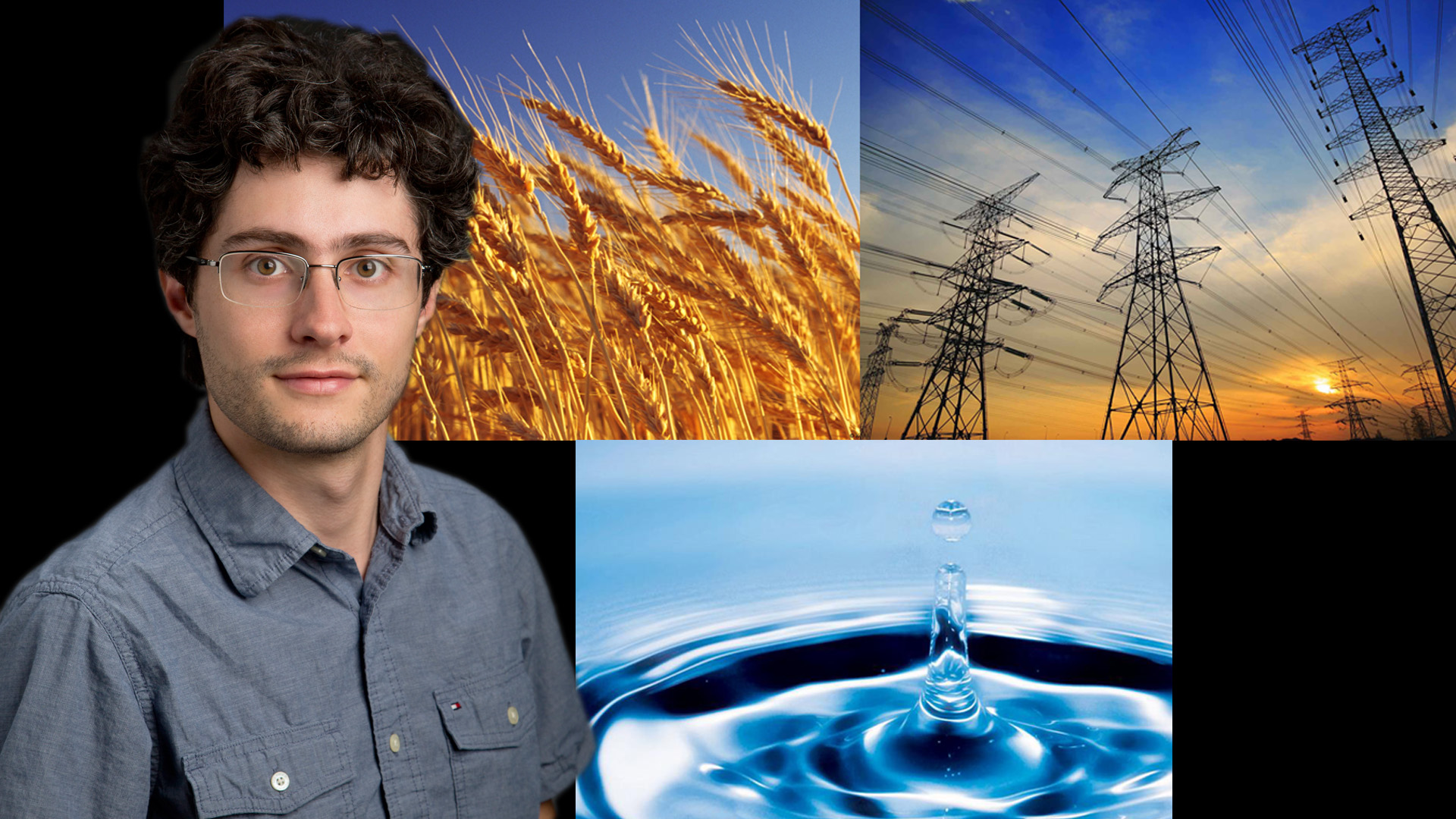 A modeling tool that Illinois researcher Davide Curreli is developing for plasma physics, plasma chemistry, and material interaction is a step toward building more sustainable food, energy and water resources.

Curreli, assistant professor in Nuclear, Plasma, and Radiological Engineering, and his graduate student Shane Keniley are developing a software framework for the scientific community working in plasma physics to simulate a wide spectrum of plasma systems, ranging from the classical low-pressure industrial sources, to innovative chemistry-driven sources working at atmospheric pressure.

Their work is supported by the National Science Foundation through the agency’s Software Infrastructure for Sustained Innovation. The program is aimed at transforming innovations in research and education into sustained software resources that are an integral part of the NSF cyberinfrastructure.

Plasma processes are traditionally used in a broad variety of industrial applications, ranging from the fabrication of semi-conductors, to the sterilization of medical equipment. More recently researchers have begun to consider the interaction of atmospheric plasmas with living cells for biomedical applications, discovering interesting intermediate regimes in which the plasma stimulates specific metabolic pathways of the cells without causing cell death.

"Instead of causing the necrosis of the cell, like in a normal sterilization equipment, the decrease of plasma fluxes to a living substrate encourages positive metabolic chemical pathways," Curreli says. “Modeling such a complicated system is challenging, and tools must be established to enable the work. We first have to understand how to control the number of chemical radicals that the plasma delivers to the liquid layer outside a cell.”

The goal of the new NSF project is to deliver an open-source software framework able to handle real-life problems where plasma chemistry plays a major role.

“We will expand the current software to include complex multi-phase chemistries, multiple-domain simulation of the interface between plasmas and other material phases, including liquids, and fully coupled electro-magnetic treatment of plasma systems. Beyond classical applications, the software will have the capability to analyze plasma-liquid interfaces, which is of critical importance in fields such as plasma biomedicine, water purification, and stimulated growth of crops," Curreli said.

“The resulting open-source framework will enable researchers from institutions around the world to contribute to the capabilities of this platform and advance the underlying science of these systems to move toward a more sustainable food, energy and water nexus,” Curreli continued.

Curreli said that a workshop dedicated to the new software framework will be organized at two large plasma conferences in November 2018: the 60th American Physical Society Division of Plasma Physics and the 71th Gaseous Electronics Conference, which will be co-located in Portland, Oregon.

"These two conferences are traditionally attended by most of the plasma community, including people from the fusion side and people working on low-temperature plasmas," Curreli said. The workshop will offer an overview and training sessions to a large audience with the aim of accelerating the development, deployment, support, and training of this impactful simulation tool.