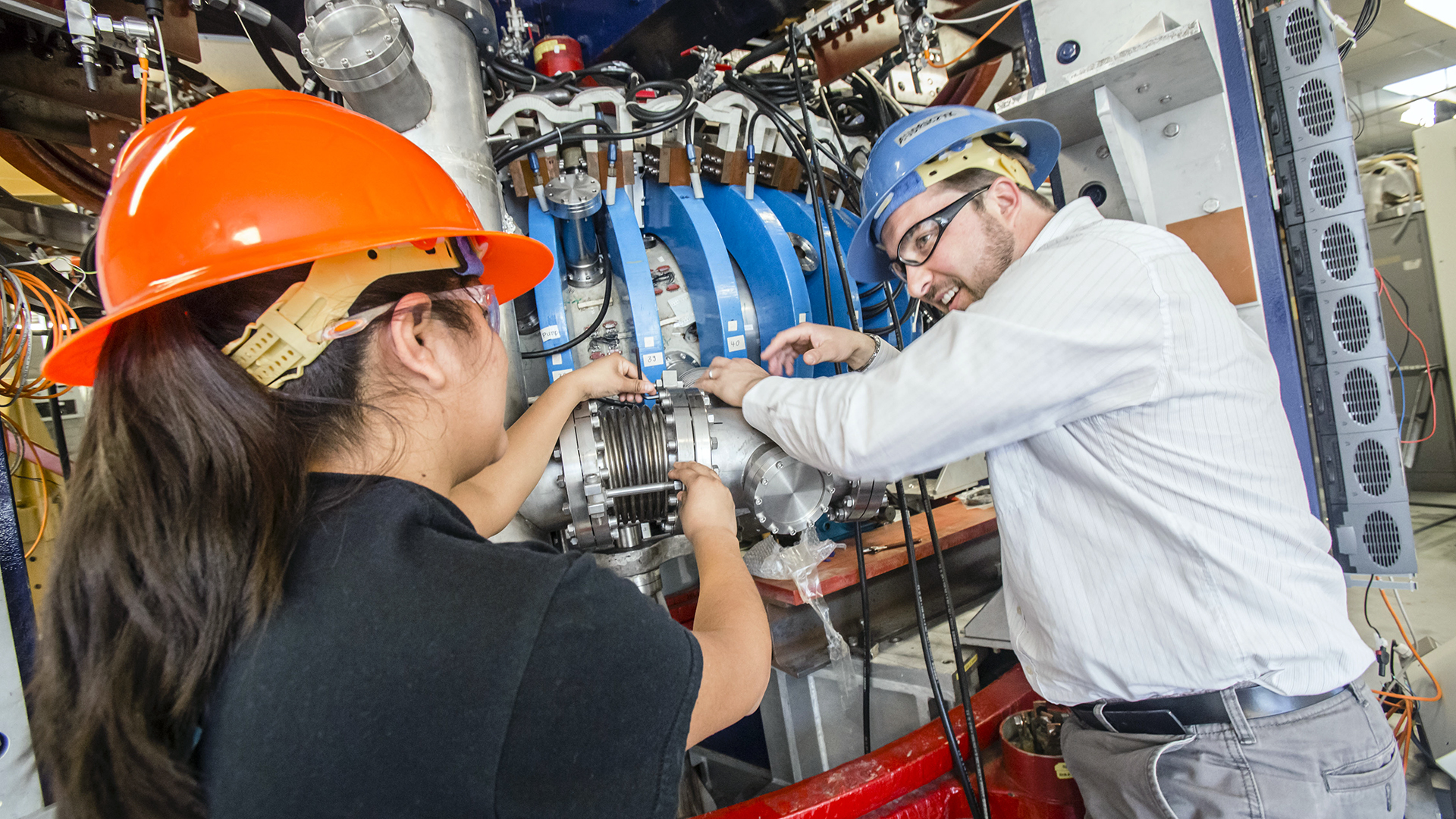 Nuclear, Plasma, and Radiological Engineering (NPRE), Oak Ridge National Laboratory (ORNL) and the Princeton Plasma Physics Laboratory (PPPL) have partnered in a U.S. Department of Energy-funded program that will play a key role in characterizing designs for the future of fusion energy in this country.

Research Prof. Daniel Andruczyk, who directs and operates the unique HIDRA plasma/fusion facility in the Center for Plasma-Material Interactions in NPRE, said the three partners will define the design for a liquid lithium divertor system of a future fusion facility, such as a fusion nuclear science facility (FNSF) or a compact pilot plant (CPP).

Fusion, the power that drives the sun and stars, is the fusing of light elements, such as hydrogenic species like deuterium and tritium, in the form of plasma, the hot, charged state of matter composed of free electrons and atomic nuclei. The reaction generates massive amounts of energy, and for decades scientists have sought to replicate fusion on Earth for a virtually inexhaustible supply of power to generate electricity.

The NPRE-ORNL-PPPL partnership is a step toward establishing that goal. The strategy will focus on using flowing liquid lithium to coat the divertor, the part of a tokomak fusion reactor that exhausts waste particles and heat. The U.S. leads the world in developing the silvery metal lithium as a plasma-facing component.

Andruczyk has been working with Charles E. Kessel, currently at ORNL and previously at PPPL, and Rajesh Maingi, who heads research on boundary physics and plasma-facing components at PPPL. The DOE has authorized a 3-year grant of approximately $1 million annually for the researchers to conduct a national study that would bring the liquid metal research under one umbrella.

“What the DOE wanted was a down-selecting to one type of liquid metal, with a design of a liquid metal system, the modeling and R&D,” Andruczyk said.

NPRE, ORNL and PPPL have been charged with organizing future research on the subject; scientists from other institutions will coordinate their studies and funding requests through the partnership, according to Andruczyk.

Defining materials that can operate in the extreme conditions of a fusion reactor have stymied progress in such reactors’ establishment. Particularly high temperatures and power fluxes exist for fusion reactors in the divertor area and can cause severe damage to the divertor surface. “The amount of heat and power that can be hitting the surface can be almost double that of the surface of the sun,” Andruczyk said.

While European scientists have preferred work with liquid tin in fusion reactors, the U.S. partners are concentrating on liquid lithium. In the 1990s PPPL successfully experimented with liquid lithium to achieve fusion reactions in the lab’s Tokamak Fusion Test Reactor (TFTR). The material has long been under development at PPPL’s Lithium Tokamak Experiment-β and was also tested at the laboratory’s National Spherical Torus Experiment (NSTX).

For many years, NPRE Prof. David Ruzic, director of CPMI, has conducted fusion experiments with flowing lithium. Ruzic developed the LiMIT (Lithium/Metal Infused Trenches) concept, in which molten lithium self-circulates among the surface of a fusion reactor’s divertor. The concept has been tested successfully in the Chinese HT-7 tokamak and will be tested in the Experimental Advanced Superconducting Tokamak (EAST), also in China, later this year.

Essentially, flowing lithium cleans the plasma in a fusion reactor by absorbing unreacted hydrogenic species, helium and other impurities, that can drain the plasma of energy. “Plasma can operate with lithium and not shut the reaction down,” Andruczyk said.

Defining the type of liquid metal is an early step. Remaining questions include determining lithium’s:

Long-term goals beyond three years include the evaluation of other liquid metal plasma-facing components if studies identify difficult or insurmountable challenges with lithium, and a plan to build and test components in present-day tokamaks.