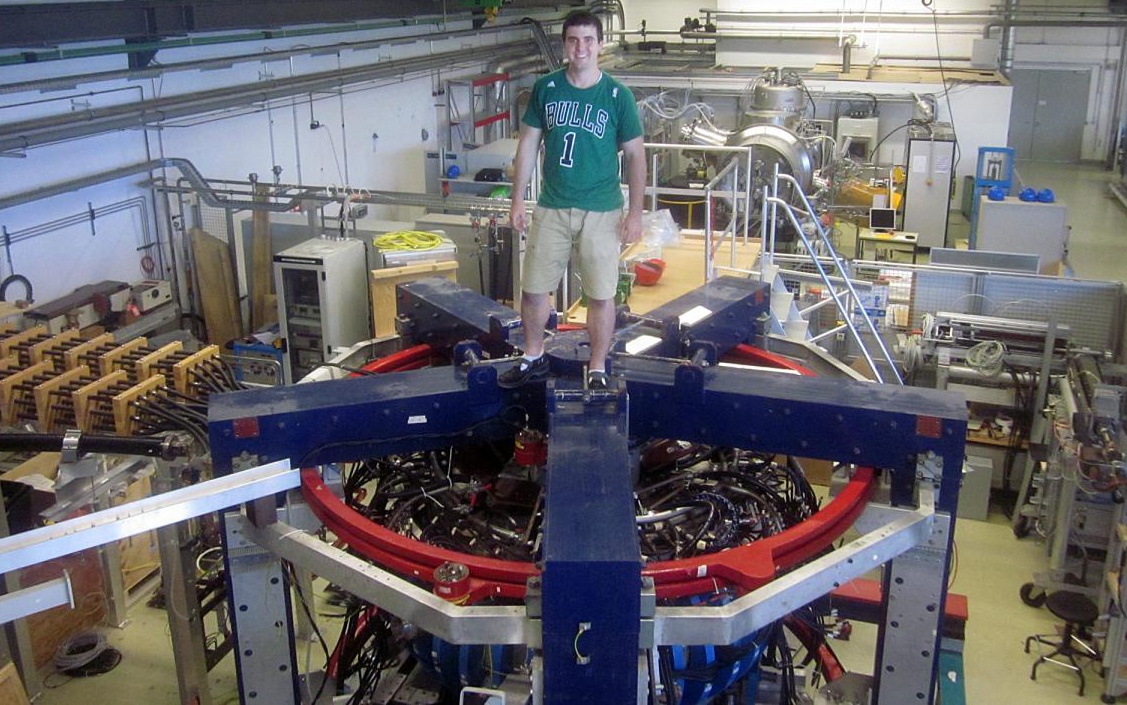 A new video shows a quick pictorial of the construction of the HIDRA fusion facility in Nuclear, Plasma, and Radiological Engineering (NPRE) at Illinois.

The Hybrid Illinois Device for Research and Applications (HIDRA), a multi-million dollar plasma/fusion advanced physics testing facility that the Max Planck Institute for Plasma Physics (IPP) gifted to the University of Illinois, began arriving on the Urbana campus in November. College of Engineering IT professional Mark Hart was able to capture the first 10 days as NPRE faculty, staff and students rebuilt the facility in the headquarters of the Center for Plasma-Material Interactions.

HIDRA is the latest toroidal device being constructed in the United States, and will be used to study aspects of fusion. The facility has had many homes previous to Illinois: It started its life in Grenoble, France, in the 1970s, and then was moved to the University of Stuttgart in the 1980s. It was operated at IPP in Greifswald, Germany, though the 2000s. At Illinois, HIDRA will be used to study how plasmas interact with various surfaces and materials to gain understanding about fusion. HIDRA is a hybrid machine, meaning that it can operate as a tokamak and classical stellarator. It has four helical coils that wind around the vacuum vessel as well as a center stack.

This video illustrates the first 10 days of assembly during which 70 tons of equipment arrived and main components were put in place. Photos were taken every three minutes over the 10-day construction, resulting in over 22,000 photos. Of those, about 1,800 were used to make the video.