New discovery may lead to the development of super premium gasoline 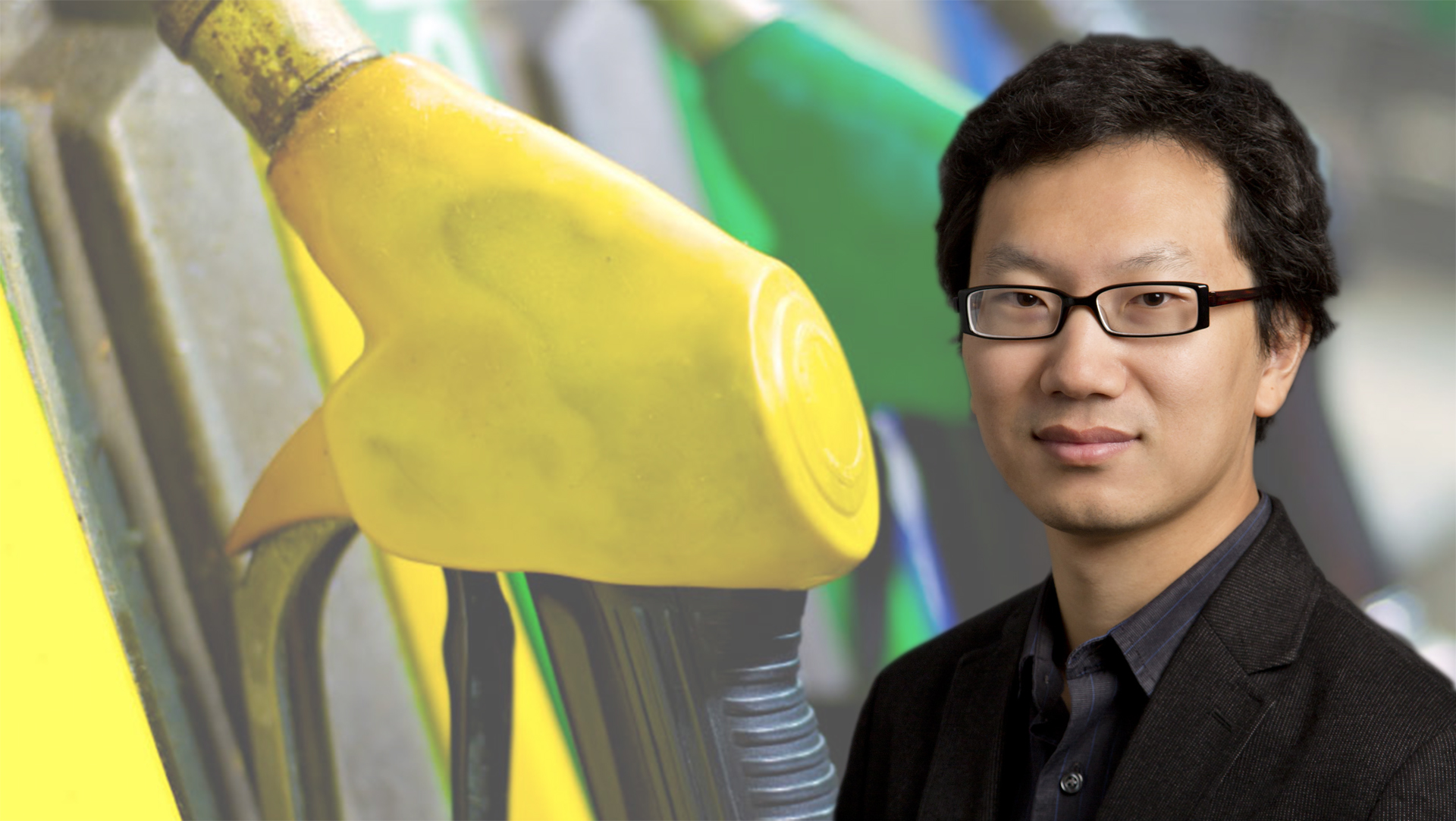 In contradicting a theory that’s been the standard for over eighty years, an Illinois group led by Yang Zhang, assistant professor of Nuclear, Plasma, and Radiological Engineering and Beckman Institute for Advanced Science and Technology, has made a discovery holding major promise for the petroleum industry.

The research has revealed that in the foreseeable future products such as crude oil and gasoline could be transported across country 30 times faster, and the several minutes it takes to fill a tank of gas could be reduced to mere seconds.

Over the past year, using high flux neutron sources at the National Institute of Standards and Technology (NIST) and Oak Ridge National Laboratory (ORNL), Zhang’s group has been able to videotape the molecular movement of alkanes, the major component of petroleum and natural gas. The group has learned that the thickness of liquid alkanes can be significantly reduced, allowing for a marked increase in the substance’s rate of flow.

“Alkane is basically a chain of carbon atoms,” Zhang said. “By changing one carbon atom in the backbone of an alkane molecule, we can make it flow 30 times faster.”

The discovery of Zhang, his graduate students Ke Yang, Zhikun Cai, and Abhishek Jaiswal, and collaborators Dr. Madhusudan Tyagi at NIST and Jeffrey S. Moore, Interim Director of the Beckman Institute and HHMI Professor of Chemistry at Illinois, disproves a well-known theory that Princeton University Profs. Walter Kauzmann and Henry Eyring formed in the late 1940s. They had predicted that all alkanes have a universal viscosity near their melting points. Zhang said the theory had been cited over 3,000 times.

However, a rather distinct odd-even effect of the liquid alkane dynamics was discovered. The odd-even effect in solid alkanes is taught in almost every introductory organic chemistry textbook, i.e., the difference in the periodic packing of odd- and even-numbered alkane solids results in odd-even variation of their densities and melting points. However, the same effect was not expected in liquid alkanes because of the lack of periodic structures in liquids.

“We would have thought that no structural memory may carry over from the solids to the liquids,” Prof. Martin Gruebele, the James R. Eiszner Chair Professor in Chemistry, said, “but clearly, the cooler liquid already has the origins of the odd-even effect built into its diffusion!”

“The classical Kauzmann-Eyring theory of molecular viscous flow is over simplified,” Zhang said. “It seems some chemistry textbooks may need revisions.”

The Illinois scientists had the technological advantage of super high-speed (at the pico-second, 1 trillionth of a second) and super high-resolution (at the nano-meter, 1 billionth of a meter) “video cameras” making use of neutrons to take movies of the molecules. “A neutron ‘microscope’ is the major breakthrough in materials research and we use it to look at everything. There are things we’ve never seen before,” Zhang said.

The research, “Dynamic Odd-Even Effect in Liquid n-Alkanes near Their Melting Points,” has been published in Angewandte Chemie International Edition. The German publication is one of the top chemistry journals in the world. The reported research discovery is fundamental to understand and improve a wide spectrum of chemical processes, such as lubrication, diffusion through porous media, and heat transfer.

Zhang conducted the research after being selected in fall 2015 for an American Chemical Society Petroleum Research Fund Doctoral New Investigator Award. The first author of the paper, Ke Yang, graduated in summer 2016 and now works at the Dow Chemical Company.