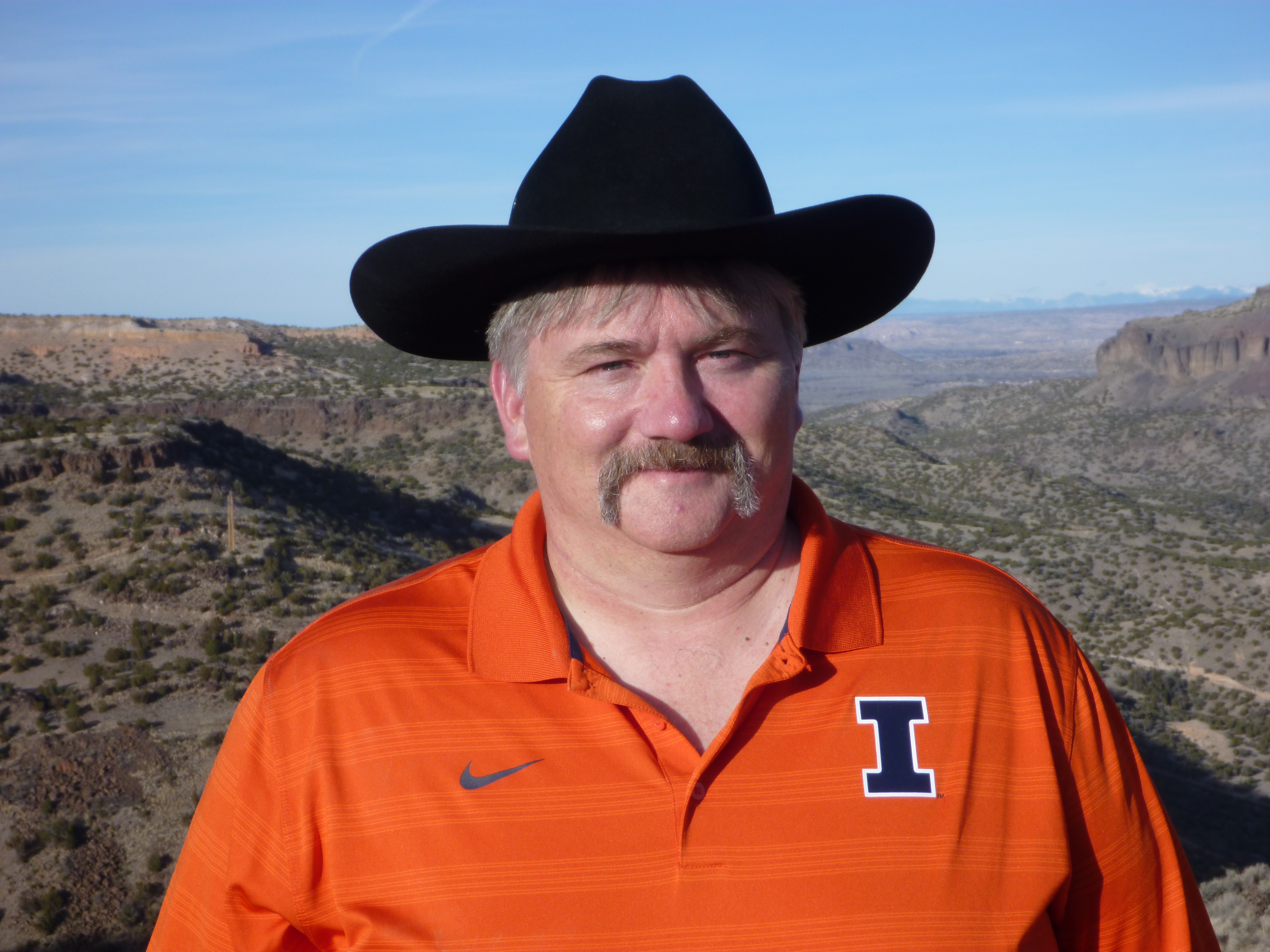 William L. Myers is the 2016 winner of the NPRE Advocate Award.

Myers, who earned all three degrees in Nuclear, Plasma, and Radiological Engineering at Illinois (BS 95, MS 90, PhD 95), has been cited “for demonstrated leadership in building the resources that honor NPRE faculty and support NPRE students.”

Myers has demonstrated many times his commitment to giving back to his Alma Mater. Over the years he has worked with other alumni, including Mike Giacobee and Terrill and Debbie Laughton, in establishing and building several endowed NPRE funds: the Catherine Pritchard Scholarship, the Barclay Jones Fellowship, and, most recently, the Roy Axford Fund.

When presented the Advocate Award in April, Myers joined other NPRE alumni and friends in lauding Axford as he celebrated his 50th year of teaching at Illinois. Axford, who directed Myer’s PhD program, had helped arrange for him an internship at the Los Alamos Critical Experiments Facility (LACEF) during the summer of 1989.

Myers has worked at Los Alamos ever since, and is now the Deputy Group Leader for the Los Alamos National Laboratory’s Advanced Nuclear Technology Group.

He has served as team leader for the Active Interrogation team and currently serves as the programmatic team leader for the Criticality Experiments team. The team is responsible for executing the programmatic work performed at the National Criticality Experiments Research Center (NCERC), located at the Device Assembly Facility (DAF) at the Nevada National Security Site (NNSS—formerly known as the Nevada Test Site).