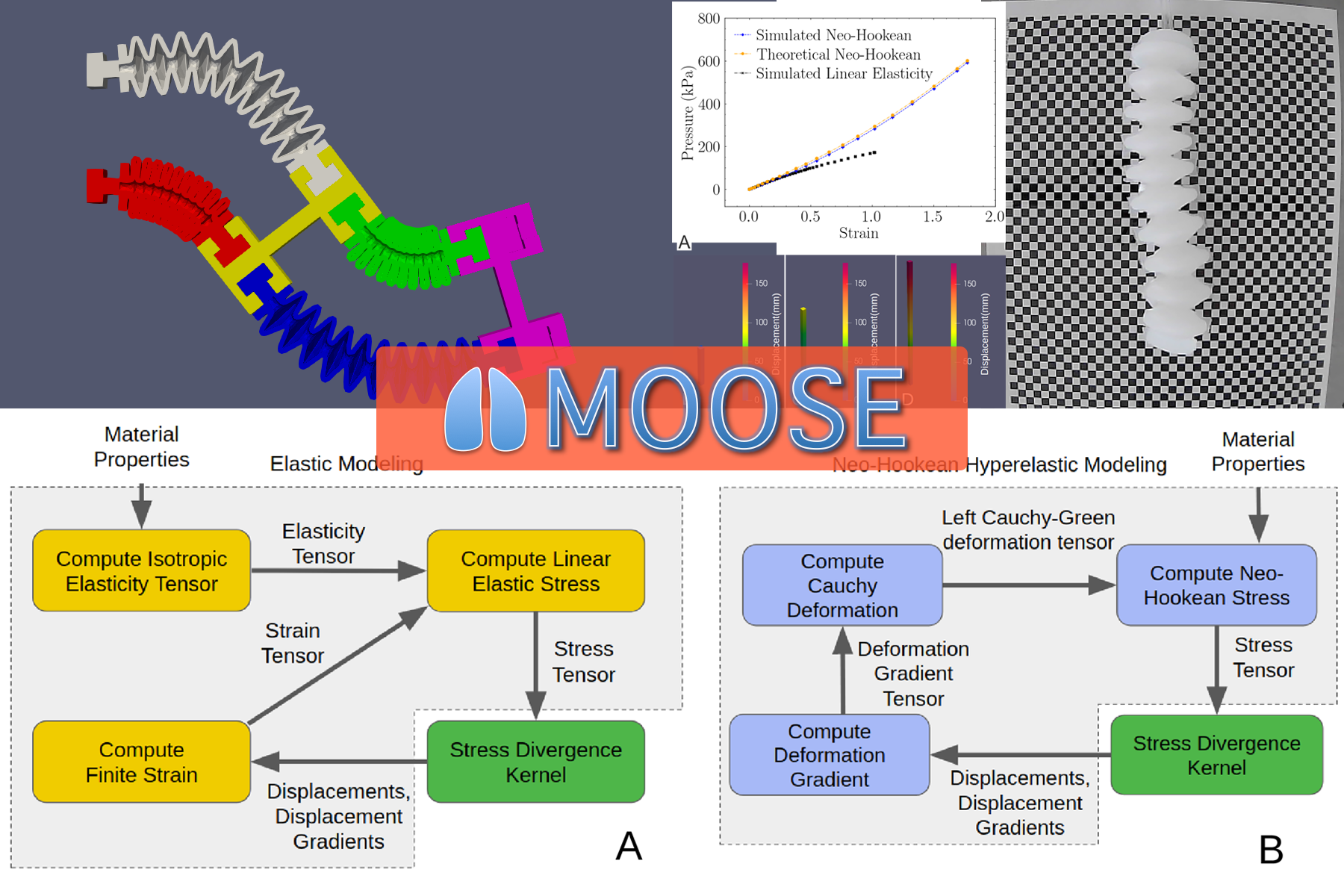 Sometimes, a well-known tool in one field can be repurposed and impact a different field completely unexpectedly.

Such is the case for Yang Zhang, who goes by Y Z, an associate professor of nuclear, plasma, and radiological engineering, electrical and computer engineering, and Beckman Institute for Advanced Science and Technology, and Kevin Wandke, a PhD student in the Department of Electrical and Computer Engineering. They recently developed and released a hyperplastic materials multiphysics simulation platform, Kraken, based on MOOSE (Multiphysics Object-Oriented Simulation Environment) from Idaho National Laboratory, for the simulation and control of soft robots. The methods are detailed in their recently published paper “MOOSE-Based Finite Element Hyperelastic Modeling for Soft Robot Simulations.”

Soft robotics is an emerging subfield of robotics that concerns the design, fabrication, and control of robots made of compliant “soft” materials such as polymers. In contrast to rigid-bodied robots built from “hard” materials such as metals, soft robotic devices have demonstrated promising capabilities which have enabled many unique applications not possible with traditional robots. For instance, soft robots are inherently safe and human-compatible, because of the “soft” nature of the materials employed, and thus can be used in fruit and vegetable harvesting, as well as many medical devices.

“We do a lot of research work with soft robots,” Wandke said. “The cool thing about them is that they can interact with people. Most of the time, a traditional robot is dangerous and strong enough to hurt somebody, so you can’t really have them around people.

“The main reason the robots you (normally) see are made of hard plastics and metals is that it’s really hard to control the soft robots the same way…it’s like trying to control a rubber band.”

Unlike traditional robots, where mature CAD and simulation software are widely available, the tools to design, simulate, and control soft robots are scarce and underdeveloped. They looked at all the tools available to figure out how soft robots would react in certain situations. The trouble was the time it took between making a design and putting it into practice.

“In the past, it would be a lot of trial and error. Refining the design of soft robots was a very long cycle,” YZ said. “Being in a nuclear department where many people routinely use MOOSE-based applications to simulate sophisticated nuclear systems, I said, ‘why don’t we repurpose it to simulate soft robots?’”

MOOSE is an open-source framework that was originally developed by Idaho National Laboratory for analysis of nuclear materials and power plants, but now has a worldwide community of developers and users that are applying it for a variety of applications. Wandke built off of MOOSE and created a new application, named Kraken.

“We envision Kraken to be a soft robot modeling and simulation platform,” YZ said. “It has great potential, and this is the start of it.”

“The focus was finding an easier and faster way to simulate and model the responses of soft robots,” Wandke said. “The framework helps shorten time between conception and application.

“From the designer having an idea to a designer having a product, a lot of time would be spent thinking of the design. You would build it, then it wouldn’t do what you want. Then you’d have to start over. Now you can build it all on a computer. What would normally take weeks can now take days.”

From the initial idea to being able to publish their findings has been about a yearlong process for Wandke and YZ. And they are not done yet.

“There are still lots of things that we’re working on, more features to add which involve new method development, a couple more papers to publish on this,” Wandke said. “What we set out to do was to make a way of simulating these hyper-elastic robotic systems and we achieved it.”