Fusion Reactors Innovation to be Tested in China 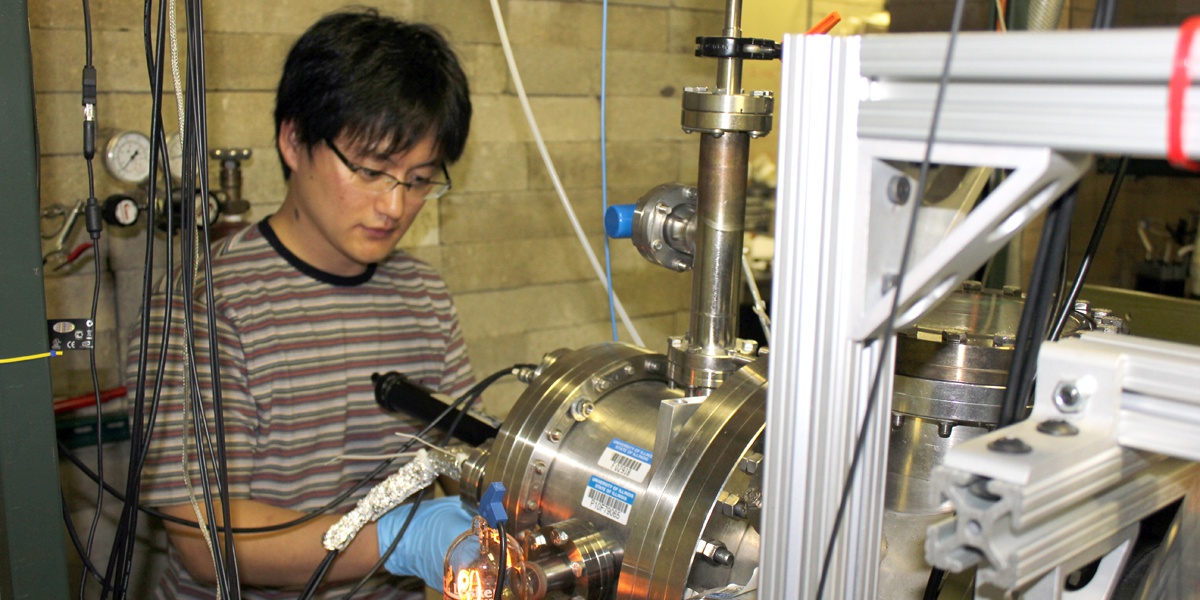 On Tuesday, September 11, NPRE researchers’ years of work aimed at making fusion reactors more economically viable will be tested on a Tokamak reactor in China.

Prof. David Ruzic and his students in the Center for Plasma Material Interactions (CPMI) have designed a method for molten lithium to self-circulate along the surface of a fusion reactor’s diverter, where excess heat is collected and removed. Such an innovation, Ruzic believes, could reduce the size of a fusion reactor’s radius by a third, while allowing it to produce the same volume of energy.

Successfully conducted in the CPMI laboratories, the experiment will be tested next week on a large scale in the HT-7 Tokamak reactor in Hefei, a city of about 4 million people in west central China. The reactor is one of only two in China; only a dozen or so fusion reactors this size exist worldwide. The United States has two in operation.

The Chinese Academy of Sciences Institute of Plasma Physics is working with Ruzic’s group. “I’ve talked to the Chinese over a course of many years (regarding this research),” Ruzic said. “They are enthusiastic about trying it out.”

The U.S. Department of Energy also is interested in the work, and recently awarded a $600,000 grant to fund experiments in the CPMI laboratories.

To counteract this, Ruzic and his students propose flowing molten lithium in the radial trenches of metal tiles lining the diverter. In this way, the lithium flows out of the high-heat zone before it gets too hot. One of the main challenges the research group encountered was getting the lithium to flow, realizing it could not be pumped through, nor would it fall by gravity because the magnetic field of the fusion device would stop it from flowing.