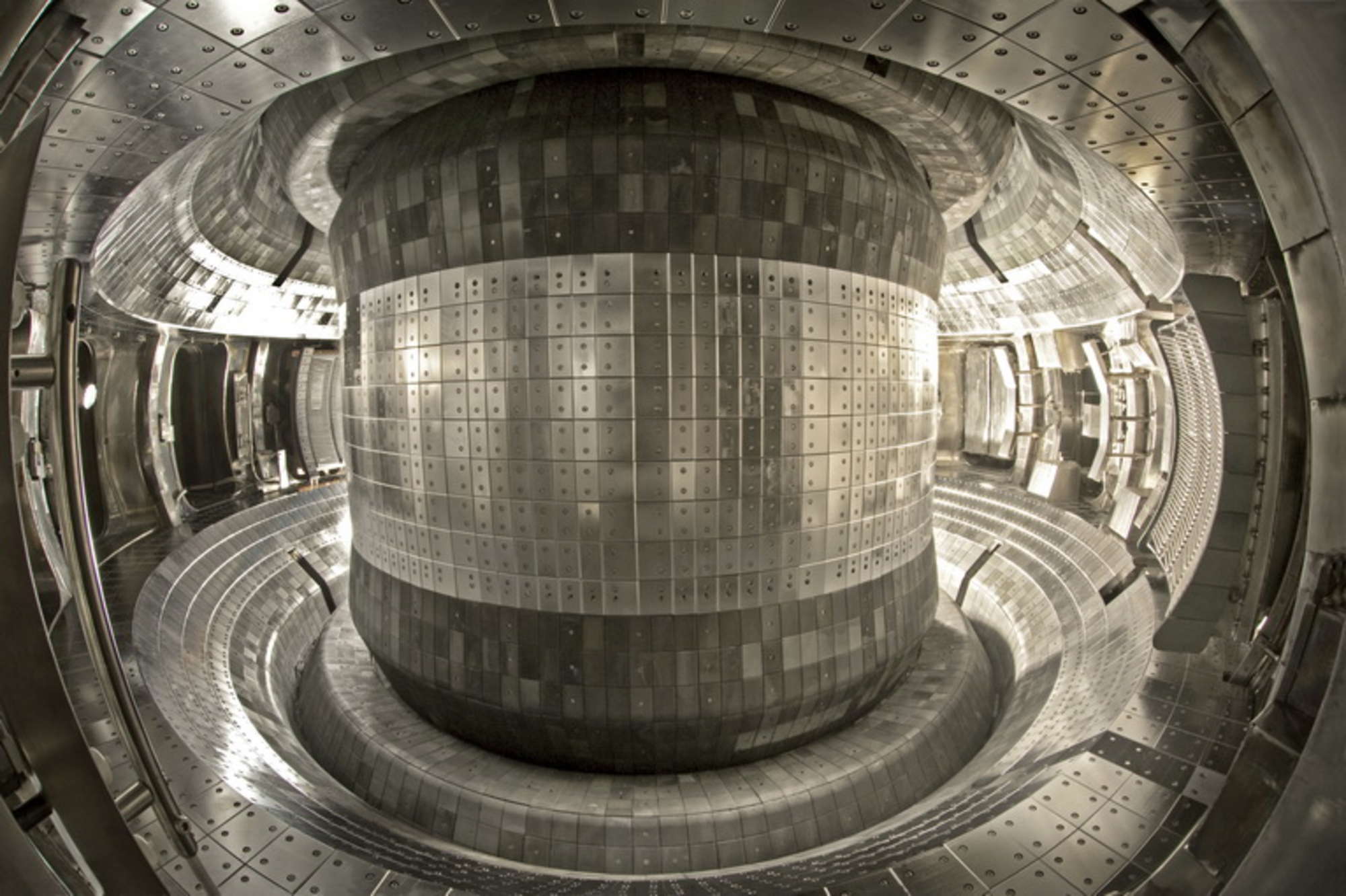 Scientists meeting in an international fusion energy conference Friday proclaimed the success of an NPRE-led innovation for fusion reactors.

The success in China is the culmination of a decade of work aimed at making fusion reactors more economical.

Ruzic and his students in the Center for Plasma Material Interactions (CPMI) have designed a method for molten lithium to self-circulate along the surface of a fusion reactor’s diverter, where excess heat is collected and removed. Such an innovation, Ruzic believes, could reduce the size of a fusion reactor’s radius by a third, while allowing it to produce the same volume of energy.

This demonstration of a flowing molten lithium limiterin an actual major fusion device is a first and a major breakthrough.

The concept, known as LiMIT (Lithium/Metal Infused Trenches), previously was successfully conducted in CPMI laboratories. Ruzic believes the success in China shows that LiMit works on an actual fusion device as well as in the laboratory. “It did flow – at the rate we predicted. It did not cause any type of failure, and it even improved their energy confinement by 10 percent. Given that this was a small module and was not the main “limiter,” it is very likely that a larger LiMITS closer to the plasma would have improved confinement and other parameters by an even greater degree.”

In addition to the Chinese, the U.S. Department of Energy has been interested in the work, and had awarded a $600,000 grant to fund experiments in the CPMI laboratories.

To counteract this, Ruzic and his students have used flowing molten lithium in the radial trenches of metal tiles lining the diverter. In this way, the lithium flows out of the high-heat zone before it gets too hot. One of the main challenges the research group encountered was getting the lithium to flow, realizing it could not be pumped through, nor would it fall by gravity because the magnetic field of the fusion device would stop it from flowing.

The work combines LiMIT with an experiment called SLiDE (Solid/Liquid Lithium Diverter Experiment). SLiDE uses an electron beam to test liquid metal plasma facing components (PFCs) under a constant heat flux similar to those found in fusion devices. It has been the primary means for testing the LiMIT concept in the laboratory.