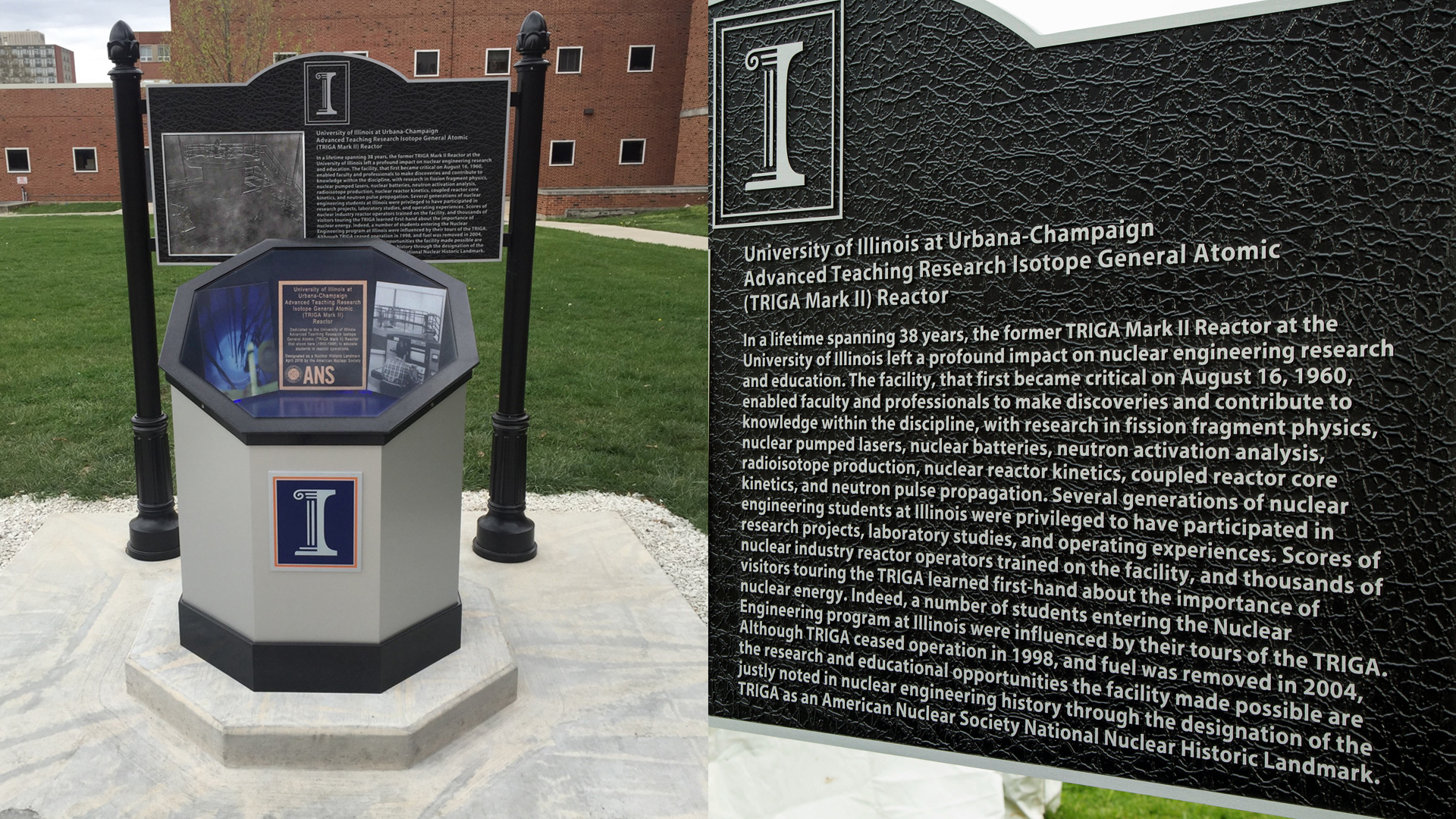 The TRIGA Mark II stood on campus from 1960-1998, educating students on reactor operations, as they were required to take a laboratory class in which they operated the reactor to enhance their understanding of reactor physics concepts.

The TRIGA was also one of the most important and adaptable reactors in the world for Nuclear-Pumped Lasers (NPL) research due to its unique core configuration. The reactor had a through port that allowed researchers to place large laser cavities next to the core of the TRIGA for important studies of nuclear-pumped lasers.

“The historic research studies carried out at the TRIGA Mark II facility continue to have significant impact on nuclear science and engineering,” ANS President Eugene S. Grecheck said. The American Nuclear Society identifies and honors sites or facilities where outstanding accomplishments took place which were instrumental in the advancement and implementation of nuclear technology and the peaceful uses of nuclear energy.

"Several generations of nuclear engineering students at the University of Illinois were privileged to have participated in research projects, laboratory studies, and operating experiences. Scores of nuclear industry reactor operators trained on the facility, and thousands of visitors toured the TRIGA to learn first-hand about the importance of nuclear energy," said Jim Stubbins, Head of the Nuclear, Plasma, and Radiological Engineering Department at Illinois. Although administrative decisions led to the TRIGA’s closing in 1998, with fuel removal in 2004, the research and educational opportunities made possible at this facility will be noted in nuclear engineering history through TRIGA’s designation as an ANS Nuclear Historic Landmark.

The NPRE Department has created the following video detailing the history of the TRIGA. NPRE also has created a display of important artifacts from the TRIGA and nuclear engineering history. The display can be found at the second floor west entrance of Talbot Laboratory, 104 S. Wright St.

View more photos from the TRIGA dedication on Facebook.