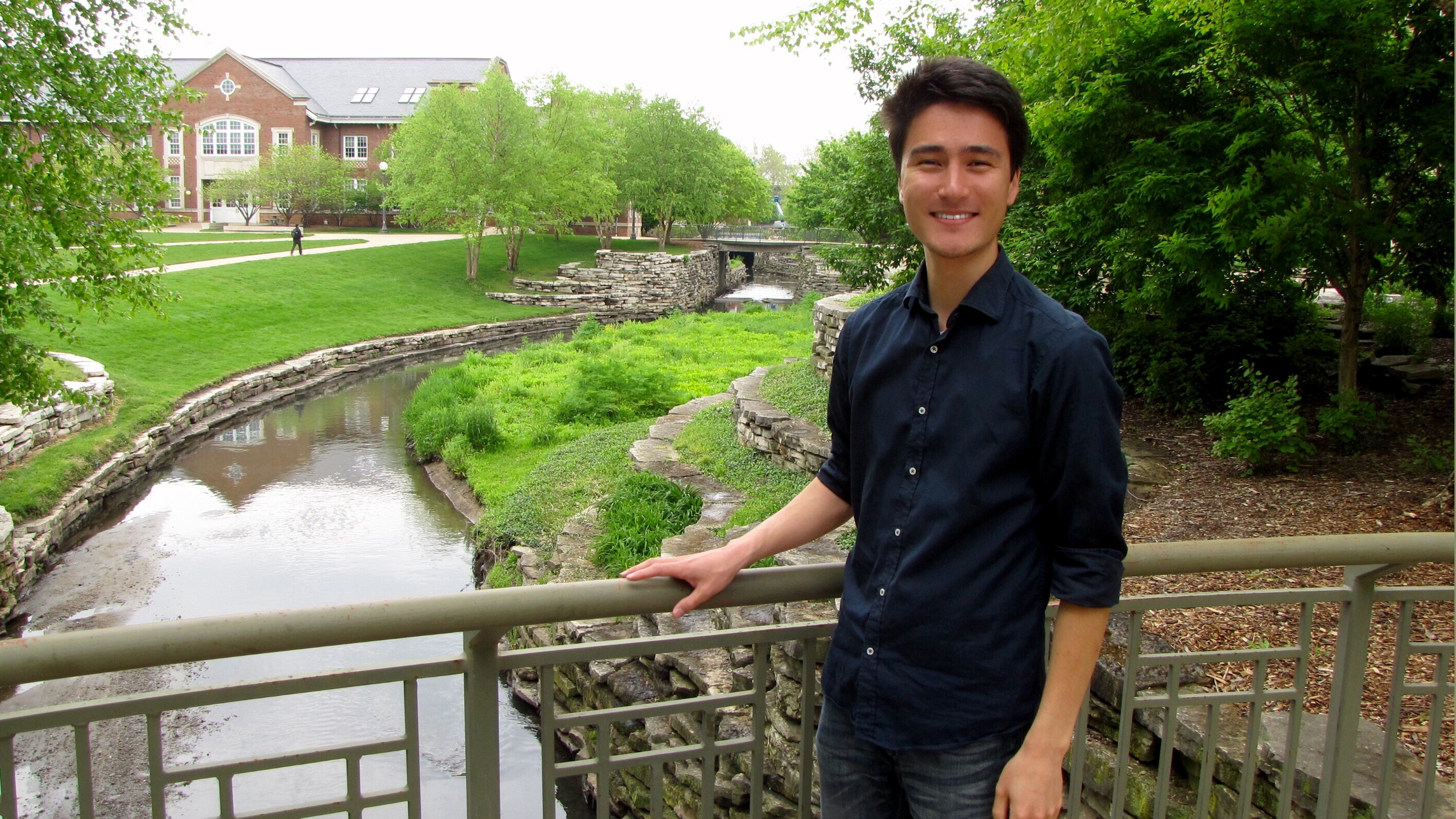 Otto Hucke’s decision to pursue his Energy Systems Master of Engineering degree at Illinois has led to his internship with Tesla Motors as well as a role on the solar decathlon Race to Zero team’s national second place finish.

Hucke came to Illinois last fall to take a “gap year” from earning a master of science degree in electrical engineering from Karlsruhe Institute of Technology in Germany, where he had earned a bachelor’s in 2014.

“My number one thing was that I definitely wanted to go abroad,” Hucke said. Looking for a program to focus on electrical engineering, power generation and renewables, Hucke was encouraged after speaking with former Energy Systems program co-director Cliff Singer.

“This is a flexible program,” Hucke said. “Here, I can take urban planning, geography and atmospheric sciences. I’m seeing the big picture, a broader view and I really love it. You have to be an expert as an engineer, but it’s also good to know how your field relates to the others.”

Energy Systems students are required to do a project as part of the program, and Hucke chose working with the Illinois team for the U.S. Department of Energy’s Race to Zero competition. The team proposed a retrofit design for an existing small, multi-family housing building, showing that energy needs could be met with renewables. Hucke said the analysis showed where the energy deficits were, what conservations could be made through intelligent design and new technology such as insulation and a heat pump, and how remaining energy needs could be met through a solar photovoltaic system.

“We were able to reduce the energy consumption by 85 percent through conservation,” Hucke said. “It was good to collaborate with other students; I never worked before with architects, business students, and civil engineers. It was interesting because everyone can contribute to the project and has a different view. I liked this interdisciplinary approach.”

Now at Tesla, which builds cars running on electricity, Hucke has the opportunity to focus on sustainable transport and its interaction with power grids. “I knew that Tesla was a great company and I wanted to work for them,” he said. “Electric cars are one part of the sustainable future.”

Upon finishing his internship and Energy Systems degree, Hucke plans to return to Germany to finish his MS degree. He may also pursue a master’s in business administration. “I would love to work for a company that implements renewable energy in power grids, or for Tesla, of course."