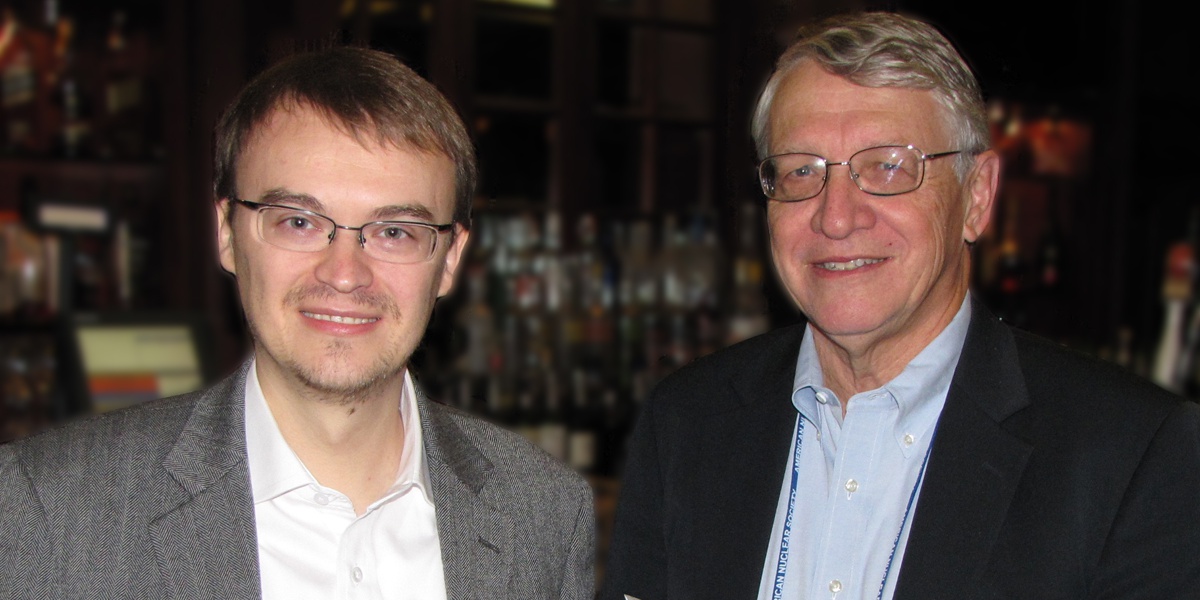 Lewis, Professor Emeritus in Service of Mechanical Engineering at Northwestern University’s McCormick School of Engineering and Applied Science, will receive NPRE's top alumni award during the 2013 Honors Banquet, to be held Thursday, April 25. Lewis also will serve as guest speaker, delivering his talk, "Authoring Books - One Engineer's Misadventures," before the expected audience of 130 students and their families, alumni, faculty and staff.

Lewis earned three degrees from the University of Illinois at Urbana-Champaign: a bachelor's in Engineering Physics in 1960, and a master's and PhD in NPRE in 1962 and 1964, respectively. He was a student of Felix Adler, one of the founders of Illinois's nuclear engineeing program.

Lewis served as a Captain in the U.S. Army Ordnance Corps and as a Ford Foundation Fellow and Assistant Professor of Nuclear Engineering at MIT before joining Northwestern's faculty in 1968. In addition to chairing Northwestern’s Department of Mechanical Engineering from 1987 to 1997, Lewis has held appointments as Visiting Professor at the University of Stuttgart and Guest Scientist at the Nuclear Research Center at Karlsruhe, Germany. He has been a frequent consultant to Argonne and Los Alamos National Laboratories and to a number of industrial firms. He retired from Northwestern in 2010.

Lewis's research has focused on computational neutronics, as well as on broader problems dealing with the physics, safety and reliability of nuclear systems. He is most widely recognized for his pioneering work in applying finite element methods to the solution of neutron transport problems and for leading his students in the creation of variational nodal methods. These have been implemented in the widely-used VARIANT code at Argonne National Laboratory and the ERANOS code contained in the European Union nuclear code system.

Lewis has taught a wide range of courses in mechanical and nuclear engineering, ranging from freshman seminars to graduate level offerings. He has also taught in a joint program with Northwestern’s Kellogg School of Management, and for 15 years organized a week-long industrial seminar; “Safety of Light-Water Cooled Nuclear Reactors.” He has made frequent presentations to academic audiences dealing with his research. His appearances on television and radio and as a quoted source to the print media have dealt with current events, such as the Fukushima accident, and he also has given numerous talks to lay groups dealing with broader issues of technology and society.

A Fellow of the American Nuclear Society (ANS), and winner of its Mathematics and Computation Distinguished Service and Arthur Holly Compton Awards, Lewis serves on the editorial boards of Nuclear Science and Engineering and Transport Theory and Statistical Physics. He has chaired the OECD/NEA Experts Group on Three-Dimensional Radiation Transport Benchmarks and currently is a member of the Science Council for the Department of Energy’s Consortium for Advanced Simulation of Light Water Reactors. He has held a number of offices in ANS, including Chair of its Mathematics and Computation Division. He has supervised more than 20 PhD students, three of them winning the ANS Mark Mills Award for their doctoral research. Five books are among his more than 200 publications; his work has been cited in excess of 3,000 times in the science/engineering literature.

Lewis and his wife, Ann, a retired social worker, met as students at the University of Illinois. They live in Evanston, Illinois and have two children and two grandchildren.