The Department of Nuclear, Plasma, and Radiological Engineering is proud to announce the first winners of the NPRE Distinguished Alumni Award: 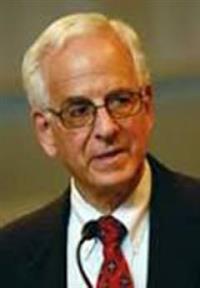 Robert L. Hirsch is a Senior Energy Advisor at MISI and a consultant in energy, technology, and management. His primary experience is in research, development, and commercial applications. He has managed technology programs in oil and natural gas exploration and production, petroleum refining, synthetic fuels, fusion, fission, renewables, defense technologies, chemical analysis, and basic research. 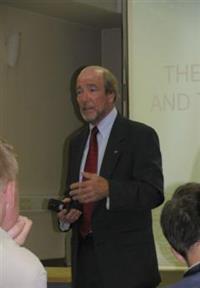 Burchill recently retired as Head of Texas A&M University's Nuclear Engineering Department, and said his primary objective is "to strengthen ANS' role as the preeminent technical and professional representation of the U.S. nuclear community."

The American Nuclear Society is a not-for-profit, international, scientific and educational organization. It was established by a group of individuals who recognized the need to unify the professional activities within the diverse fields of nuclear science and technology. December 11, 1954, marks the Society's historic beginning at the National Academy of Sciences in Washington, D.C. ANS has since developed a multifarious membership composed of approximately 11,000 engineers, scientists, administrators, and educators representing 1,600 plus corporations, educational institutions, and government agencies. The society is governed by four officers and a board of directors elected by the membership.

Burchill has 37 years of experience working for an NSSS vendor, two nuclear utilities, a university, a defense facility and a national laboratory. Within ANS, he has been a member of a division program committee, seven topical meeting program committees, and two executive conference program committees. He has served as chair of two professional divisions, has served on the Board of Directors and the former Executive Committee, and has been an Executive Assistant to a vice president/president. His research interests include: nuclear power, nuclear safety, risk management, reactor regulation, reactor operations, and reactor design.