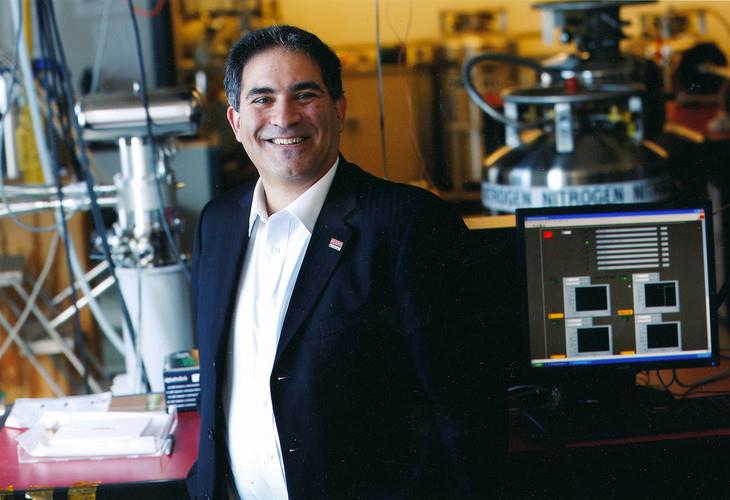 UNIVERSITY PARK, Pa. — Penn State announced Monday that Justin Schwartz, an alumnus of Nuclear, Plasma, and Radiological Engineering at Illinois, has been named the new Harold and Inge Marcus Dean in the College of Engineering, pending approval by the University Board of Trustees at the July meeting.

Schwartz, currently the Kobe Distinguished Professor and Department Head of Materials Science and Engineering at North Carolina State University, will start his new appointment on Aug. 15.

“Justin Schwartz brings a wealth of leadership experience, research knowledge, and a thorough understanding of diversity and inclusion to his new position as dean of Penn State’s College of Engineering,” said Nicholas Jones, executive vice president and provost. “We are absolutely thrilled to be joined by an engineering scholar of his stature and accomplishments who not only will advance the vision of the college, but also of the University as a whole.”

Schwartz replaces Amr S. Elnashai, dean of the college since January 2014, who will leave Penn State at the end of July to begin a new position as vice chancellor and vice president of research and technology transfer at the University of Houston.

“It is truly an honor to be chosen to be the next dean of Penn State’s College of Engineering,” said Schwartz. “The college has a remarkable history of impact upon society through education and research, yet I believe that our greatest days are still ahead. I am excited to work with the faculty and upper administration to ensure that Penn State reaches its loftiest goals.”

Schwartz has served as professor and department head of materials science and engineering at North Carolina State University (NCSU) since 2009. As head, Schwartz brought about a transformative change to the Department of Materials Science and Engineering (MSE), both in numbers and stature, with a firm commitment to faculty excellence and student success.

Under his leadership, the department experienced significant growth in overall faculty numbers, tenure-track additions and successful retentions, as well as under-represented faculty, which increased from 9.5 percent to 30 percent. He implemented effective hiring protocols to ensure interdisciplinary, cross-departmental interactions and a diverse, talented pool of candidates; and launched mentoring programs, leadership development and research opportunities involving faculty at all ranks.

In addition, he transformed the diversity of the MSE department through effective hiring practices and in his role as faculty and student mentor, adviser and advocate. He received NCSU’s Diversity Award in 2011, and serves on the Women and Minority Engineering Programs National Advisory Board.

Prior to NCSU, Schwartz was the Jack E. Crow Professor of Engineering (2005-09), and senior research adviser to the vice president for research (2001-02) at Florida State University. He joined the FSU faculty in 1993, in the Department of Mechanical Engineering and the newly formed National High Magnetic Field Laboratory, where he served as the leader of the HTS (high-temperature superconductor) Magnets and Materials Group. In 2003 his research group, in collaboration with Oxford Instruments, established the world record for highest magnetic field generation by a superconducting material.

After 25 years of partnering with companies large and small, Schwartz ventured into his own startups in 2015. He co-founded Lupine Materials and Technology Inc., an optical fiber sensors and magnetic materials company focused on transforming research to practical technology, where he currently serves as CEO; and Eagle Power Technologies, a next-generation energy and transportation technology company, where he serves as chief technical officer.

Schwartz’s research interests include processing-structure-property relationships and failure mechanisms in superconducting materials and systems, multiferroic and magnetic thin films and devices, and optical fiber-based sensors. He focuses on the scientific challenges in transitioning a new material into a technologically functional material. He has published more than 200 peer-reviewed journal articles and has graduated 28 doctoral students in four engineering disciplines and physics.

He was named a 2014 fellow of the American Association for the Advancement of Science; a 2015 fellow of ASM International, the world’s largest organization of metals-based research scientists; and a fellow of the Institute of Electrical and Electronics Engineers, where he also was editor-in-chief of the IEEE Transactions on Applied Superconductivity from 2005-12.

In his role as dean of Penn State’s College of Engineering, Schwartz will oversee instruction and research opportunities in the college’s 12 departments and schools, as well as its cutting-edge research centers — the Engineering Energy and Environmental Institute; the Faculties Engineering Institute; the Institute for Natural Gas Research and the Larson Pennsylvania Transportation Institute.