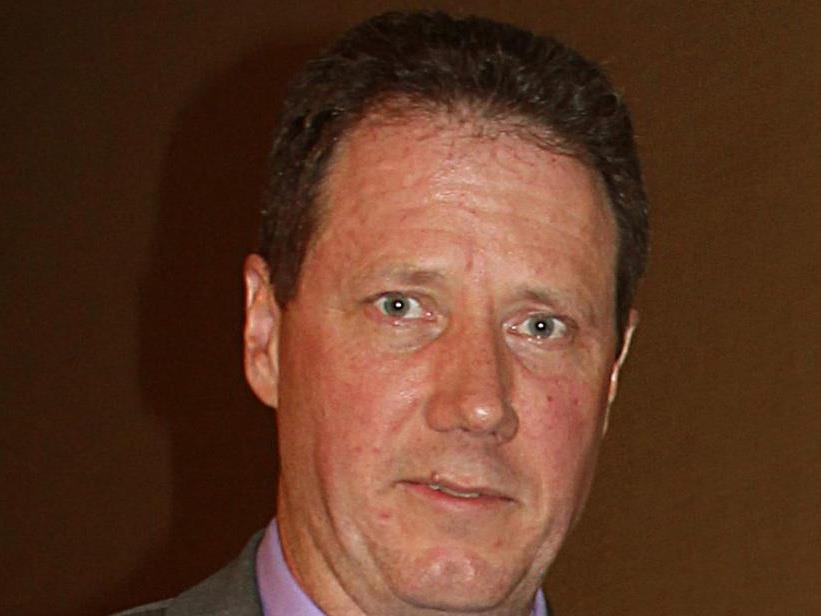 Frequently on campus working with students interested in the nuclear power industry and, particularly, Exelon Corporation, alumnus Edward A. McVey is the 2015 winner of the NPRE Advocate Award.

McVey, who earned his bachelor’s degree in 1983 from Nuclear, Plasma, and Radiological Engineering at Illinois, is being recognized for “dedicated leadership in serving as a liaison between the nuclear industry and NPRE, and for undertaking generous initiatives to build the resources that serve NPRE students.”

For years, McVey has advised NPRE students and has helped many of them secure internships, jobs, and scholarships. He has participated actively in NPRE’s annual Interchange event, a job fair type structure in which representatives come to campus to share career advice with students and tell them about companies. McVey has devoted a generous amount of time to present seminars and talks in the department, and is a member of the NPRE Constituent Alumni and Industry Advisory Board.

He also has been key in helping to build the endowment of the Axford Fund, named for NPRE Prof. Roy A. Axford and used to provide student support.

“Ed has been a major friend to NPRE for decades,” said Department Head Jim Stubbins. “Ed has been key in the professional development of many NPRE students, and has served as a bridge between the department and Exelon Corporation.”

McVey will be honored at the annual Honors Banquet, set for Thursday, April 16, at the I Hotel & Conference Center. NPRE and the student chapter of the American Nuclear Society host the banquet.

McVey began his career in June 1983 at LaSalle County Nuclear Power Station working for Commonwealth Edison Company and continued his work for the company, known today as Exelon Corporation. McVey started as a Preoperational and Startup Test Engineer, and later joined the Reactor Engineering Group there, beginning his love of reactor physics and operation.

He held increasing levels of responsibility in the LaSalle Engineering organization until 1993, at which time he obtained full Certification as a Senior Reactor Operator. In 1994 he joined the Corporate Nuclear Fuels Organization, responsible for all fuels-related support for all three of the then-ComEd BWR plants.

Since then, he has held increasing management level responsibilities, as well as periodic temporary assignments at LaSalle, Clinton and Dresden nuclear stations. He has been part of two mergers of major domestic nuclear utilities (PECO and Constellation) that have resulted in the Exelon fleet growing from six plants to 14.

He has been the BWR Owners Group Chairman for the Reactivity Controls Review Committee for ten years of his career, including the last seven. In this role, McVey has the opportunity to lead Reactor Engineers across the domestic fleet in BWR reactor operational practices and resolution of technical issues. The committee’s goal is to share operating experience and provide sound technical advice on reactor physics issues that may be experienced across the BWR fleet of plants.

“Helping to shape industry practices across the United States has certainly been a rewarding challenge throughout my career,” McVey said.

In 1988 McVey became involved in the recruiting of new engineers for the company as part of his supervisory role. He hired an intern in reactor engineering that year and has been involved with that effort ever since.

“I have always made that role a priority for me. I have found it very rewarding to make connections with young engineers looking for a contact from the company that they can rely on to give them sound advice on career decisions.

“I take a personal interest in everyone I meet as part of the recruiting process and feel that this has helped Exelon recruit some of the top nuclear engineers in the nuclear power industry,” he said. “There is nothing better than seeing someone I helped recruit or even nominate for a scholarship make a positive contribution to the nuclear industry.”