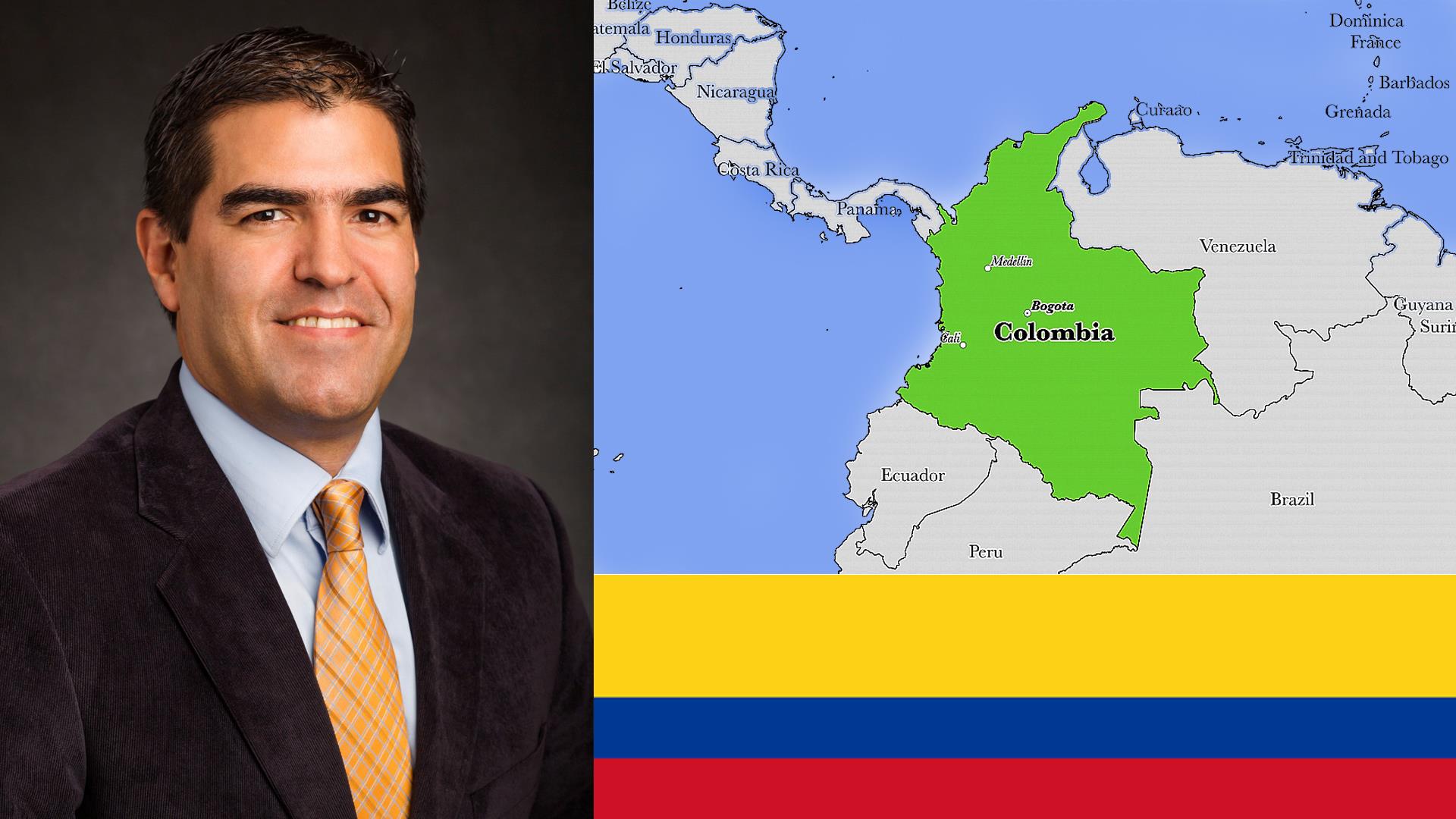 JP Allain, professor of Nuclear, Plasma, and Radiological Engineering, is among 43 international experts the Colombian government has invited to join a think tank to chart a course for the Andean nation’s science, technology and innovation vision of the next 25 years in a range of fields from biotechnology to social innovation and sustainable energies.

Allain will work with the group over the course of the year in the Mision Internacional de Sabios (International Mission of Experts) to draft proposals in the areas of science, technology and innovation, and establish a road map to form part of Colombia’s next National Development Plan. A native of Colombia and an American citizen, Allain joins experts from the United States, Colombia, France, Great Britain, Chile, Spain, Germany, South Korea, and the Netherlands.

The prestigious group includes Frenchman Serge Haroche, co-recipient of the Nobel Prize in physics in 2012; Jorge Reynolds Pombo, a Colombian electrical engineer and inventor of the first external artificial pacemaker; South Korea's Noh Kyoo-sung, the CEO of the Korea Productivity Center, and Colombian-American neuroscientist Rodolfo Llinas, a member of the team that led NASA’s Neurolab mission (1998).

Said Allain, “My appointment is really the culmination of more than 10 years of my engagement with Colombia and an honor that I could not imagine.

“This is a recognition of the advanced plasma-based technology that can make an immediate impact in industries in Colombia,” Allain said.

Allain has spent years collaborating with Colombian scientific institutes in the areas of nanotechnology and biotechnology. He had also gained a 2015-2016 Fulbright-Colciencias Innovation and Technology Award for previous work in Colombia.

The experts have been divided into groups to concentrate on eight themes. The four members of Allain’s group will concentrate on the so-called convergent technologies of: nano-bio-info-cogno. Allain is the only nuclear physicist. Other members of his group are Orlando Ayala, one of the former vice presidents of Microsoft; Tim Osswald, a mechanical engineering professor at the University of Wisconsin-Madison; and team leader Maria del Pilar Noriega, a researcher for the Institute for Polymers in Colombia.

Colombian Vice President Marta Lucia Ramirez will oversee the project along with the Education Ministry and the Department of Science, Technology and Innovation, a government agency known as Colciencias. The country’s goal is to increase investment in science and technology to 1.5 percent of GDP by 2022, according to Colombian President Ivan Duque.