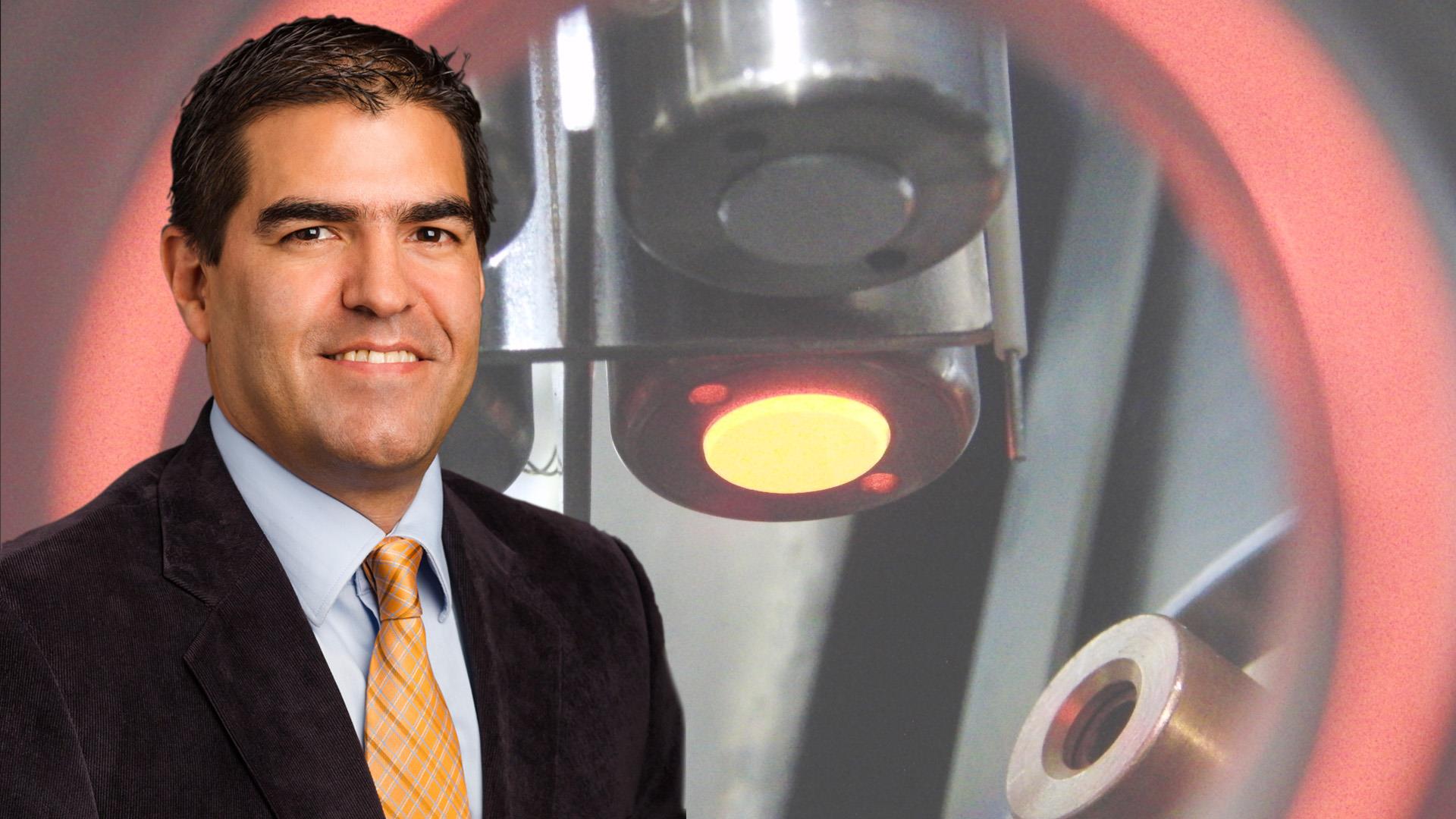 The first University of Illinois at Urbana-Champaign faculty member ever to have been chosen for this honor, Allain has been cited “for pioneering work on in-situ plasma-material interaction diagnostics and surface chemistry in nuclear fusion devices.” Allain and his group have spent almost a decade examining plasma-facing surfaces to gain information about the interaction between the first wall and divertor of a fusion reactor with the plasma contained inside the reactor.

The group has designed the Materials Analysis Particle Probe (MAPP), an in-vacuo, in-situ characterization device that is attached to a fusion reactor to expose an ensemble of samples and characterize their surfaces in a shot-to-shot basis. MAPP’s diagnostics can register chemical changes in samples after their interaction with fusion plasmas without any influence of the external ambient and within the time scales of plasma shots over the course of a day.

Allain has tested MAPP in the National Spherical Tokamak Experiment-Upgrade (NSTX-U) at the Princeton Plasma Physics Laboratory (PPPL), and has established a prolific and active collaboration resulting in over 20 peer-reviewed papers and multiple PhD theses. MAPP’s results, complemented with modeling and controlled in-situ laboratory experiments at Illinois, explain how surface chemistry can play a major role in retention of hydrogen under certain circumstances.

Allain’s group has identified the key role of the complex chemical interaction between carbon, oxygen, hydrogen and lithium, a liquid metal popular for use in fusion reactors. His work has implications in identifying mechanisms that can dictate recycling of hydrogen isotopes and ultimately fusion plasma confinement.

Allain has developed  a close and fruitful collaboration with Prof. Predrag Krstic at Stony Brook University over the past decade through coupling MAPP results with computational modeling of these complex surfaces. Recently, both Allain and Krstic wrote a review on the challenges of plasma-material interaction (PMI) diagnostics under extreme conditions found in tokamak devices both present and future (see: Krstic et al. Matter and Radiation Extremes, 3 (2018) 145).

Recently, Allain has served and led several panels for the U.S. Department of Energy (DOE) Fusion Energy Sciences including the DOE FESAC Workforce Development panel in 2014, the DOE FES Workshop on Plasma-Material Interactions in 2015, and the DOE FESAC Transformational Enabling Capabilities panel in 2017. He has been the Deputy Leader of the U.S. Burning Plasma Organization (USBPO) in Fusion Engineering Science Topical Group since 2017.

Having earned his master’s degree and PhD from NPRE in 2000 and 2001, respectively, Allain worked previously as a staff scientist at Argonne National Laboratory and as professor in the School of Nuclear Engineering at Purdue University.